Enough is enough: HSBC chief bites back over mega-fines and regulation 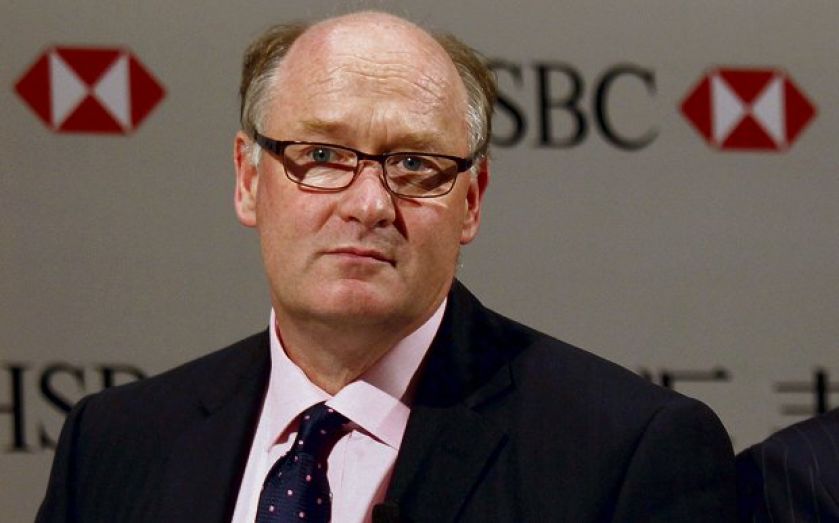 HSBC’S chairman launched an unprecedented attack yesterday on what he sees as a wave of conflicting and poorly designed regulations sweeping the world’s banking sector.

Douglas Flint’s remarks are the latest sign of a growing frustration in the City over the sustained political pressure on the industry.

Flint said that new red tape is undermining banks’ basic function of taking risks to fund businesses and households. And he warned that banks are pumping enormous resources into meeting uncertain and varied rules, distracting them from their day to day business.

HSBC’s compliance and risk bill has risen by around one-third in the last year to $800m (£475m) annually.

Flint joins Barclays, which is fighting a law suit in the US, and the British Bankers’ Association, which in recent days has warned that red tape is cutting off developing markets from modern banking services.

And monster fines from America are even under pressure from the French and German governments, who are arguing that the US regulators have too much influence. Both countries want the issue to be on the agenda at the next G20 meeting. French giant BNP Paribas was fined $8.9bn (£5.3bn) in June for breaking US sanctions.

Banks have felt unable to speak up since the financial crisis, knowing public opinion was against them.

The wave of scandals, from Libor fiddling to swap mis-selling have also stopped lenders publicly discussing the wider regulation of the industry.

But seven years on from the collapse of Northern Rock, lenders have started to push back against what they see as a tide of self-defeating rules, which hit the sector so hard that it cannot properly do its job of helping households and firms.

HSBC is stretched from meeting wildly varying new rules in the different countries in which it operates, with Flint warning that key staff are increasingly worn out by the huge pressures they face.

And he said that fines and criminal prosecutions mean bankers stop taking the usual risks which make the sector work.

“There is an observable and growing danger of disproportionate risk aversion creeping into decision-making in our business as individuals, facing uncertainty as to what may be criticised with hindsight and perceiving a zero tolerance of error, seek to protect themselves and the firm from future censure,” the chairman wrote in HSBC’s half-year results, published yesterday.

Flint also worries banks have to set aside enormous resources to deal with poorly designed and ever-changing regulations – and that the volume of work is taking a toll of staff.

“The demands now being placed on the human capital of the firm and on our operational and systems capabilities are unprecedented.”

“We face growing fatigue within critical functions as well as increased market competition for trained staff from other financial institutions facing similar resource challenges. I do not think we have ever had to ask so much of so many.”

The British Bankers’ Association’s chief Anthony Browne has recently stepped up his lobbying against excessively heavy rules, arguing they can have damaging unintended consequences.

He singled out tough anti-money laundering rules which mean banks must know their customer’s customer – something which can be impossible in emerging markets, and which has forced lenders to cut ties with 1,000 banks in those countries.

“The consequences can be devastating,” Browne said in his speech at the Mansion House last month. Meanwhile, France and Germany are looking at ways to reduce the US’ influence on world banking rules.

One way would be to promote the use of the euro as a currency of global trade, reducing the impact of US sanctions against different countries.

It follows the French government’s efforts to intervene over BNP Paribas’ fine earlier this year.