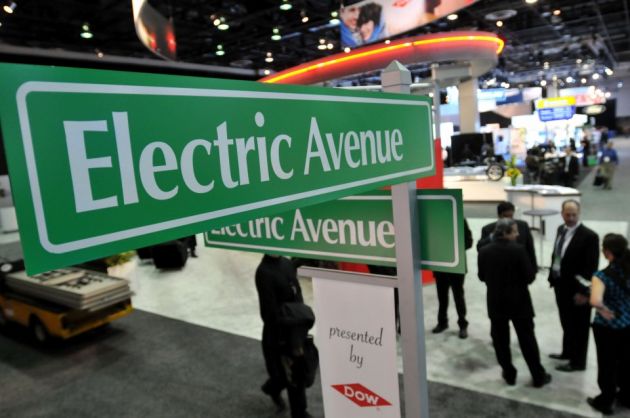 The electric car – as a concept – is almost as old as the internal combustion engine (ICE). The first electric vehicle (EV) is credited, somewhat contentiously, to Scottish chemist Robert Anderson as far back as 1837. Thomas Edison is even rumoured to have explored a cheap electric car with Henry Ford as early as 1914.

“Electricity is the thing,“ Edison told Ford. “There are no whirring and grinding gears with their numerous levers to confuse. There is not that almost terrifying uncertain throb and whirr of the powerful combustion engine. There is no water-circulating system to get out of order – no dangerous and evil-smelling gasoline and no noise.”(1)

Many now would agree wholeheartedly. Ford did not.

It wasn’t until 1999 – when Honda and Toyota first began selling hybrid models beyond Japanese shores – that any form of electrified vehicle (EV) became viable. A fully electric car with range and performance competitive with ICE vehicles did not appear until 2012, when the Tesla Model S arrived, but at a premium price.

Now the world is abuzz with electrification chatter. And although “electrification” is a fairly broad term; covering everything from 48V “mild hybrids”(2) to fully battery-powered cars, it is a “full EV” future that the world’s largest car manufacturers seem fixated upon.

How far away is your electric car?

At the recent Frankfurt Motor Show, the electric intent of major brands was clear.

Still feeling the heat from the “diesel-gate” scandal of 2015, VW laid out some of the most ambitious targets. Every model within the 12-brand VW group – which includes Audi, Seat and Skoda – will have an electrified option by 2030. For context, VW sold 10.3 million vehicles last year, across roughly 300 models. By 2025, the group will release 80 new models, of which 50 will be fully electric(3).

Mercedes’ parent group Daimler has committed to more than €10 billion of investment to expand its electric fleet by 2025 and plans to offer electrified versions of all models as early as 2022(4). All the German automakers expect electric cars (likely including hybrids) to account for as much as a quarter of sales by 2025.

It has long been hard to argue against the environmental benefits of electrification. According to the US Environmental Protection Agency (EPA), around 14% of global greenhouse gas emissions are from transport. A large portion of this is from cars. In the US, over 60% of transport-originated carbon dioxide in 2015 was from cars, light trucks and motorcycles. With consumer and government pressure already mounting, the ratification of the Paris Agreement nudged climate change efforts into overdrive.

The sticking point for EV adoption remains the high cost of production. Tesla has yet to report a positive year for operating profit or free cash flow. A recent in-depth report by UBS estimated that for every unit of its new Bolt model Chevrolet sells, it loses $7,400(5). Daimler has estimated that profit margins on EVs will be in line with ICE vehicles by 2025 at the earliest.

However, versus these bearish expectations, profitability could surprise to the upside. According to Katherine Davidson, Global Sector Specialist, consumer receptiveness to EVs is improving rapidly.

“Government messaging, anti-diesel sentiment and a spate of attractive EVs hitting the market from 2018 could spark an inflection point for demand. If so, manufacturers could begin to price the vehicles at less loss-making levels.

“There is also an enormous amount of battery capacity being built in Korea and China. Battery costs could fall faster than expected due to scale alone, before we consider ongoing improvements in chemistry.”

Davidson also believes that the simpler construction of EVs, with fewer moving parts, could also mean that, ultimately, manufacturing is less expensive.

“There is some evidence that EVs are likely to be less capital intensive to manufacture, with less labour also needed. This is partly because a lot of power train manufacturing for ICE vehicles is still done in house by carmakers, while more of the content for EVs can be outsourced.

“However, the investment burden and near-term disruption associated with the transition will be high.”

There is much more at stake than just switching from technology A to technology B: we are talking about the transformation of an entire economic structure.

Portfolio Manager, Simon Webber, believes that the cost of this seismic industry shift is not fully appreciated by investors.

“Just the publicly listed auto parts companies account for approximately $175 billion a year in capital spending. The capital stock required to manufacture an EV is very different, comprising battery components, chemical processes, electric motors and semiconductor content instead of engine components and gearboxes. These are completely different core competencies, so most suppliers will struggle to adapt to the new technologies.

“There will be much creative destruction of legacy businesses in the process, leading to losses for equity holders and debt providers alike.”

If the loss of capital embedded in existing plants wasn’t painful enough, investors must also consider the cost of new production lines.

“As the capex budget rapidly shifts, we will see major growth in the capital invested across the new supply chain,” Webber said. “To put this in perspective, the Tesla Gigafactory – expected to supply Tesla with batteries for 500,000 full range vehicles – is costing $5 billion. Replicating that factory build enough times to transform 50% of global auto sales into EVs would cost $400 billion, just on the battery plants.”

Webber is concerned that this reallocation of capital could have serious and lasting implications for car industries in places like the US and Europe, because the capital may not be reallocated in the same place. How quickly companies tackle the problem is therefore key to not just corporate wellbeing but, potentially, ongoing economic health.

“It is already clear that the manufacturers of Korea and China are likely to dominate the economies of scale in battery manufacturing, threatening the future of significant chunks of industry employment in other regions. Around 12 million people work in the automotive industry within the EU, of which three million are in manufacturing.

“Companies and nations will need to adapt and retrain their workforces very quickly to mitigate the problems associated with major shifts in employment that the transfer of manufacturing to other geographies usually entails.”

Land of the giants

Some areas of the market look better prepared than others. Davidson believes that the enormity of the transition favours the largest manufacturers. Larger firms generally have the ability to invest heavily and early, with balance sheet strength to ride out rocky portions of the switch.

“In terms of who is actually ahead, there is very little to choose between the big players. All of the German manufacturers have credible EV pipelines and similar targets. BMW is on track to sell 100,000 EVs and hybrids this year. Toyota has few full EV products at the moment, but over 10% of its sales are in hybrids already. More than 50% of its European sales are hybrids. Toyota is also investing in solid state batteries ahead of its peers.”

Conversely, the amount of capital available to these automotive giants represents a formidable gulf smaller car makers may struggle to cross. Davidson believes this may hint at a very different looking industry in the future.

“VW spends $15 billion a year on research and development. Toyota spends almost $10 billion. This is prompting consolidation and restructuring in the industry. The smaller Japanese companies – Honda, Mazda(6) and Subaru – as well as Peugeot and Ford, are lagging.

“We could end up with an industry that looks more like the smartphone market: a few big companies competing primarily on design and brand. In a market historically plagued with overcapacity, this needn’t be a bad thing.”

Yet while some of the smaller manufacturers could be subsumed, new players in the industry could emerge. The possible winners are not traditional car manufacturers or component producers, but “unconventional auto suppliers” such as LG Chem and Samsung.

“LG Chem supplied a lot of content for the Chevrolet Bolt,” says Davidson. “Samsung Group is also talking about supplying more auto content, given their expertise in batteries and recent purchase of automotive supplier Harman.”

The magnitude of change needed to switch to EVs means that a clear picture of winners and losers is extremely difficult to paint. Even the companies better-placed to deal with the transition are likely to be stung in the short-term by the electric revolution.

The impact of the switch to EVs should be immediately positive for climate change efforts. For investors, the prognosis is more mixed.

2. In a mild hybrid engine, an electric motor can aid more efficient accelerating and reduce the burden on the combustion engine when the car reaches cruising speed. Most consumers would struggle to tell the difference from a conventional ICE vehicle. See: https://www.economist.com/news/science-and-technology/21704778-upping-volts-will-make-hybrid-cars-much-cheaper-last-48-show

6. Mazda’s recently-signed agreement with Toyota to co-develop EVs could be a positive step in terms of “future proofing” its business and may lift it from the list of more vulnerable manufacturers.