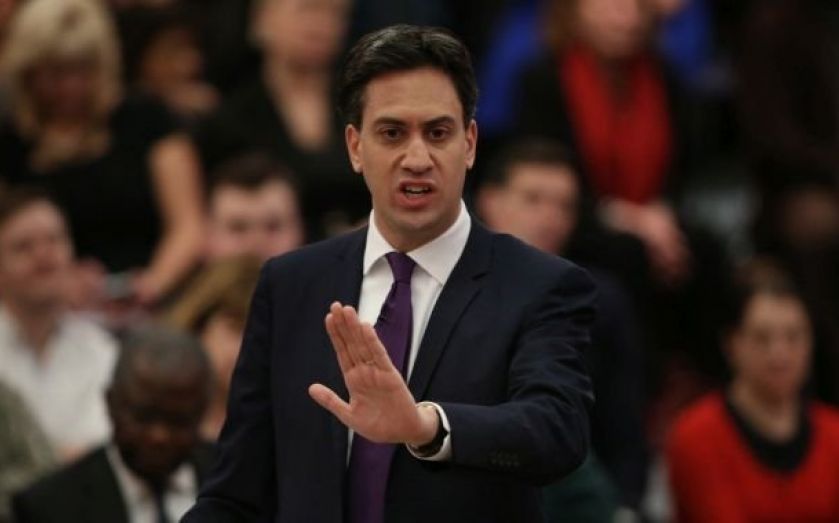 Ed Miliband has accused the David Cameron of “getting his excuses in early” with warnings of “red lights flashing on the global economy”.
The Prime Minister wrote in the Guardian today that in the midst of a global slowdown, the UK must stick to the government’s long-term economic plan which he said has seen the country prosper.
Cameron later told MPs in the House of Commons that the UK and the US were “leading the pack” when it came to economic growth.
Chancellor George Osborne, who will deliver his Autumn Statement on December 3, echoed the sentiment.
He said: “Although the British economy is performing well we’re not immune to these things happening in the world.”
However, in the Commons Miliband argued that the economy was “great for a few people at the top” but was failing to deliver for the majority.
He told the Prime Minister:

Today you tell us there are red lights flashing in the global economy. I think that is what is known as getting your excuses in early.
You used to tell us that the problems in the British economy were all to do with the British government and nothing to do with international factors.
Now, you want to tell us that on your watch they’re all to do with international factors and nothing to do with the British government.
You have to gone from saying everything is fixed thanks to you, to everything is not fixed but is nothing to do with you.
All along you should have been listening to the British people who see deep problems in an economy not working for them. Isn’t it time you stopped blaming everybody else for an economy that’s great for a few people at the top but isn’t delivering for most working people?

Earlier this month a set of survey data published by Lloyds Bank revealed that output growth had slowed in six of the nine English regions.
According to the results of the purchasing managers’ index, overall growth lost momentum between September and October of this year.