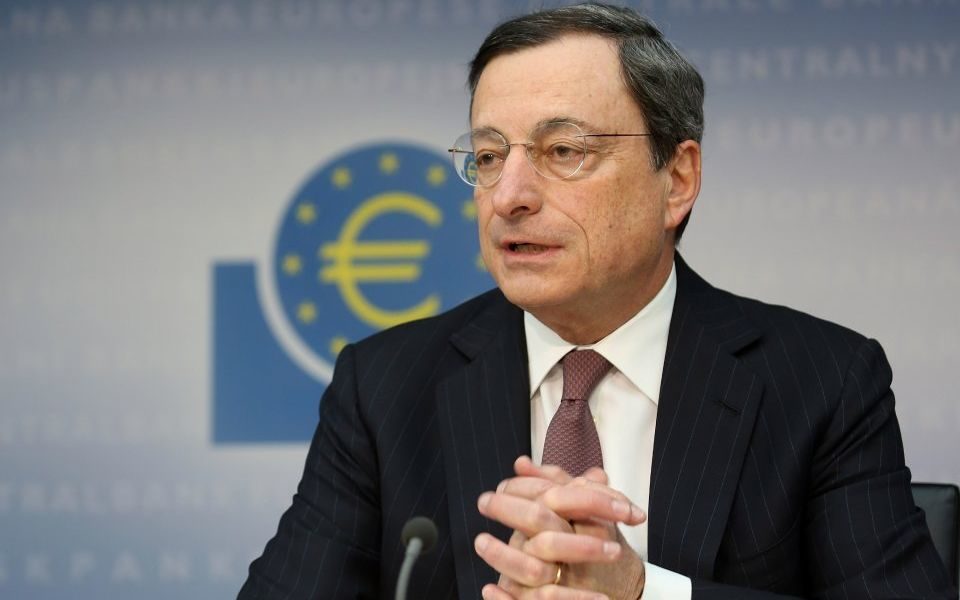 Draghi said: “The persistence of uncertainties related to geopolitical factors, the threat of protectionism, and vulnerabilities in emerging markets appears to be leaving marks on economic sentiment.”

His remarks came after the ECB’s governing council announced the renewal of a stimulus programme of cheap loans designed to promote lending in the economy and between banks.

The bank announced the extension of its quarterly targeted longer-term refinancing operations (TLTRO). Under the renewed scheme, known as TLTRO-III, Eurozone banks will be able to take out loans with two-year maturities at rates indexed to the ECB’s main rate. The programme will run from September 2019 to March 2021.

As expected, the ECB's governing council did not change its main interest rate, which provides the bulk of its liquidity to the Eurozone’s financial system, from a record low level of 0.00 per cent.

The ECB also changed its forward guidance on rates, saying they will remain at rock-bottom at least to the end of 2019. Draghi said they will stay at present levels “for as long as necessary to ensure the continued sustained convergence of inflation to levels that are below, but close to, two per cent over the medium term.”

Rates on its marginal lending facility and deposit facility stayed at 0.25 per cent and minus 0.40 per cent respectively.

Draghi said the ECB’s decisions were were “data-driven”, and “taken following a significant downward revision of the forecasts by our staff”.

Karen Ward, chief market strategist for EMEA at JPMorgan Asset Management, said: “There were no big guns to bring out today” as interest rates were already at zero and the ECB’s quantitative easing programme was wound up in December.

"It was a case of dragging out what little they had left, whereas clearly they've moved a little bit more preemptively and that's delivered a good upside surprise today."

"They've got what they probably hoped for”, she said. “This is a very export-focused region… so bringing that euro back down, I'm sure they will be pleased with that result."

"The other big impact has been in the southern markets where you've seen bond yields fall, including in the periphery. So I think they will have loosened financial conditions in the way they wanted."

Jordan Hiscott, chief trader at Ayondo Markets, said of the interest rate decision: “At this point, calling it dovish would be a gross understatement, as the turn from what was a slight tightening of monetary policy in recent months has become more significant.”

“At this stage, should the situation deteriorate, I’m unsure how many options the ECB has for an effective easing policy going forward.”