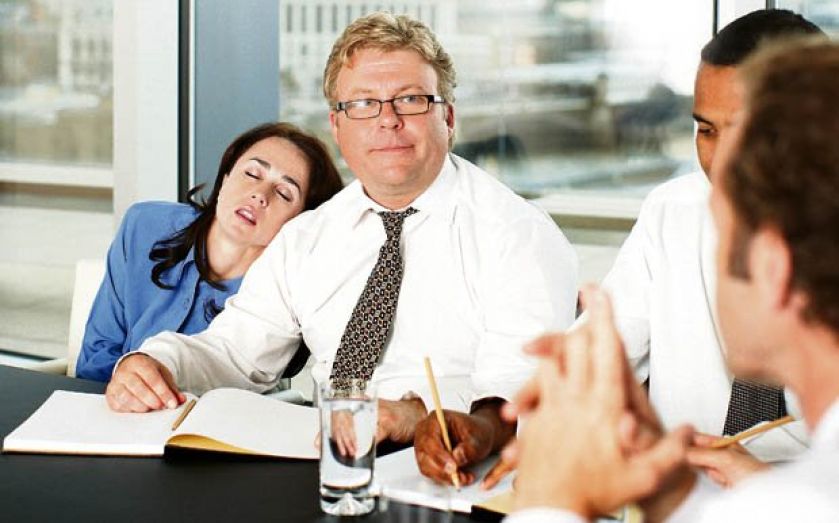 Last month, on World UFO Day, conspiracy theorists around the globe gathered to raise awareness of their belief that extraterrestrial life has long been trying to meet with our species – and that such a meeting may have already happened, covered up and redacted by secretive governmental agencies.

This got me thinking about a different conspiracy theory surrounding meetings, one less sensational but more deserving of concern: that meetings should be considered useless forms of corporate procrastination.

The corporate conspirators who propose this theory will tell you that meetings are a friendly time-sink, bringing people together just to go in circles discussing tasks, and then running out of time to implement any strategy.

Meeting sceptics are as misguided as their UFO counterparts, albeit a lot more common. But why is the value of meetings questioned like this? Why are meetings the butt of watercooler jokes around the world?

People who regularly lead meetings will attest to the crucial role of such gatherings in conducting business. They will argue that the importance of meetings is self-evident. But it’s not the meeting leaders who need convincing: it’s the rest of the attendees.

Our recent study of British workers, conducted with the preeminent American academic Professor Steven Rogelberg, found that only 13 per cent believe that meeting leaders always appropriately plan their meetings. To compound our corporate misery, over a third feel that meeting leaders are poor at including participants’ input.

No wonder people are so critical of meetings: if you sit through one that drifts on without a clear structure, with no opportunity to contribute, your cynicism is more than justified.

For such a commonplace business activity to draw this level of criticism is alarming. The negativity surrounding meetings is not only bound to affect their efficiency, but also company morale outside the meeting room.

Meeting Recovery Syndrome, or MRS, is the theory that a poor meeting negatively affects an attendee’s productivity for long periods afterwards. Our study found that over 54 per cent of British workers agreed with this. Boring meetings are painful at the time, and painful afterwards. This can be seriously harmful for businesses.

The obvious starting point for combatting this is instilling in managers the importance of creating a comprehensive plan for every meeting. With a decent plan, instead of simply trying to remember the points you wanted to raise, you can actively engage your attendees and include the whole room’s thoughts and opinions.

Inclusivity is the key. If everyone feels part of the discussion, they will feel more involved with what’s being discussed, more connected to colleagues and clients, and more positive about their own place in the company.

But this must be adopted throughout the business, with those in management positions allowing all attendees the same voice as they give themselves.

The concerns of the UFO conspiracy theorists are driven by the desire to meet and speak freely, as equals; the scepticism of their meeting counterparts is similarly encouraged by the inequality that they experience. By addressing this head-on, everyone will once again see meetings in their rightful place: at the heart of business.