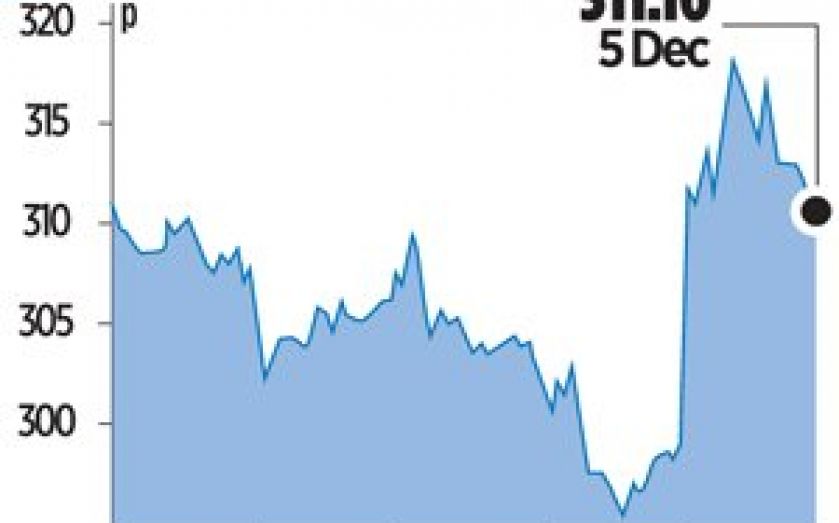 PACKAGING firm DS Smith saw its share price soar over six per cent yesterday morning, after posting a 52 per cent rise in half-year profits that showed its European expansion plan is paying off.

The FTSE 250 company, which packages McVities Hobnobs among other popular brands, said pre-tax profits rose to £85m and revenue rose 25 per cent to £2.08bn over the six months to 31 October.

“We have grown our volume ahead of where we expected to be at this point, despite challenging market conditions in Europe,” Adrian Marsh, group finance director, told City A.M.

The company, whose customers include Proctor & Gamble, Nestle and Unilever, said it continues to expect good progress over the rest of the year and raised its dividend by 28 per cent to 3.2p per share.

DS Smith plans to expand further in Europe and is “always looking at acquisition targets”, said Marsh, adding that the firm is eyeing European countries that it doesn’t already have a presence in.

He also said that recycled packaging is becoming an increasingly important part of the business.

DS Smith’s reach extends across 20 European countries, with exceptions including Portugal, Norway and the south east of the continent.

Broker Davy said it was concerned about the level of cash investment required for DS Smith to achieve its pan-European expansion strategy, something that Marsh refuted.

“Our capital expenditure this year is £30m more than depreciation and our cash conversion rate is good,” he said. “I don’t see that as an issue for us at all.”

In September, around one seventh of participating shareholders voted against the firm’s remuneration report on management pay. Despite the dissent, however, all resolutions at the general meeting were passed.