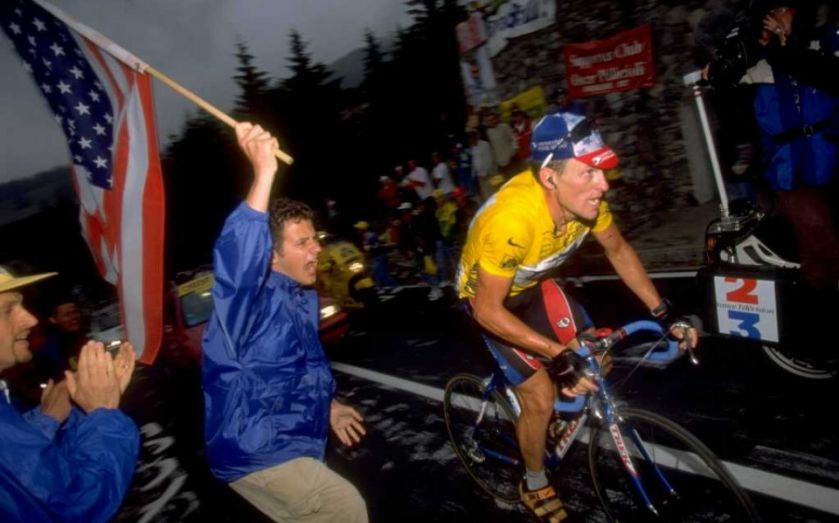 If a professional is taking a drug, what are they likely to be? Cocaine? Alcohol? According to a new Cycling Independent Reform Commission (CIRC) report into the state of international cycling, that depends on if the businessman's a cyclist.

EPO (Erythropoietin) has been the drug of choice for elite athletes across the world. It has powered marathon victories, possibly a minimum of 15 Tour de France wins, and record ascents of the most brutal mountains in professional cycling.

Now, the drug, which dramatically boost the oxygen-carrying capabilities of blood and with it aerobic performance, is trickling down to the amateur ranks, where middle-aged businessmen are using it to train like professionals and win races in the veteran ranks.

The report containing the accounts was set up to assess the route that cycling has taken to its current predicament. It was carried out by  the Union Cycliste International’s Independent Commission for Reform in Cycling.

Businessmen scaring off the pros

Masters races were also said to have middle-aged businessmen winning on EPO, with some of them training as hard as professional riders and putting in comparable performances.

Professional cycling is subject to testing which, while it is not always successful, tempers the effects of "wonder drugs" to some extent. With no funding, amateur drug testing is far less efficient, and the internet is an efficient vector for performance-enhancing drugs.

The Commission believes that doping in amateur cycling is becoming endemic. This was confirmed by amateur riders, as well as professionals, managers and anti-doping personnel who had exposure to it. It has been caused by a combination of ease of access to drugs via gyms and the internet, the reduction in costs for substances, a spread of knowledge in means and methods of administration, and a lack of funding for regular testing at the amateur level.

The drug, according to the report, can give athletes a boost of 10-15 per cent, supercharging their aerobic capacity far beyond their natural abilities. Now the gains are smaller, perhaps in the realm of 3-5 per cent for the pros, due to better testing.

But without the fear of spot checks, amateurs can glean a far greater advantage (elite athletes also have less room for improvement). Such is the advantage, the reports suggests pros often avoid competing with amateurs:

Some professional riders explained that they no longer ride in the Gran Fondos because they were so competitive due to the number of riders doping.

In endurance sports, one of the most important factors in your ability to win is the ability of your cardiovascular system to supply your body with oxygen. Cycling has had a long history of doping, including most, if not all, past greats. Eddy Merckx, perhaps the greatest of them all, was caught, and other five-time winners such as Bernard Hinualt have been the subject of rumours.

Doping changed in the late 1980s to early 1990s with the introduction of EPO. Suddenly, men who were too big to climb hills were up there fighting with the smaller climbers and sprinting up mountains faster than ever before. Red blood cells usually account for around 43 per cent of blood volume, but with EPO there were reports of scores in the high fifties and even 60s. Even the most naturally talented clean rider would be blown away.

Cristophe Bassons, a man with all the natural capabilities to win the Tour, was blown away by men like Armstrong, who on paper were physiologically similar or even inferior.

The implications are depressing for the competitive amateur who wants to test him or herself, but will now be eyeing up the competition with suspicion.

The state of play

For those that follow cycling closely, the report can confirm wither one of the two biggest views. Either the sport is still dirty, with cheats making up 90 per cent of athletes (a suggestion by one respected professional unnamed by the report) or the sport is much cleaner, with the bad apples now the minority not majority of the barrel. In the Armstrong days it is widely accepted that the rate of use was 90 per cent, or more. More money bought better doctors, however, so it the run of the green was not entirely flat. Infusing three pints of blood in a race is expensive, and easier if, like Armstrong, you had a private jet.

One of the problems could well, ironically, be the fall of Armstrong himself. Such was the catharsis of many, that perhaps now the will to keep asking questions has diminished. Questions swirl around impressive performances, such as those by Alberto Contador, Chris Froome and Vincenzo Nibali. But is the criticism merely cynicism and blaming the next generation for the transgressions of the last?

Still riding fast into the wind

Sports scientist Ross Tucker, once contacted by David Walsh one of the people who chased Armstrong in his drug-fuelled hey-day, says the performances of some riders are on the edge of human capabilities, and not decidedly “safe” to be called clean, but not incriminating either.

Contador was popped for a banned substance, Clenbutarol, and suspected of using blood transfusions earlier in his career, although this was never proven. He denied all charges. Nibali’s team Astana is having its licence reviewed after five members of it and its feeder team tested positive, two for EPO.

Froome (legally) received a potentially performance enhancing drug during a race last year, after suffering from a chest infection. The practice of getting a doctor’s approval for a banned substance is banned by some teams, and has been abused in the past; most notably by Armstrong himself. Therapeutical use exemptions  TUEs) are granted to allow riders to treat aiments with substances which would otherwise be illegal. The report states they are still widely abused.

In one rider’s opinion, 90 per cent of TUEs were used for performance-enhancing purposes.

What is more, Froome’s emergence was relatively rapid: he went from the verge of losing his contract to all but winning a three week race, the Vuelta a Espana, almost overnight. Team Sky and Froome have always said that he suffered from Bilharzia, a disease that kills red blood cells. For an endurance athlete, this could be crippling. In his autobiography, Froome says his training data were those of a Tour de France contender, but he was unable to replicate the form in races.

The new doping procedures involve checking athlete’s blood profiles over time, as well as testing for banned substances. The system is called the biological passport. While more effective than older methods, the system can still be manipulated by microdosing: small amount of drugs such as EPO, or even small blood transfusions. While the passport has "caught" some potential abusers, it is harder to prove an actual offence. Riders can claim other reasons, such as medical conditions for their results. Also, different athletes may react differently.

As has been the case for years, the state of cycling is a great unknown and it will likely continue to be so, for a long while to come.