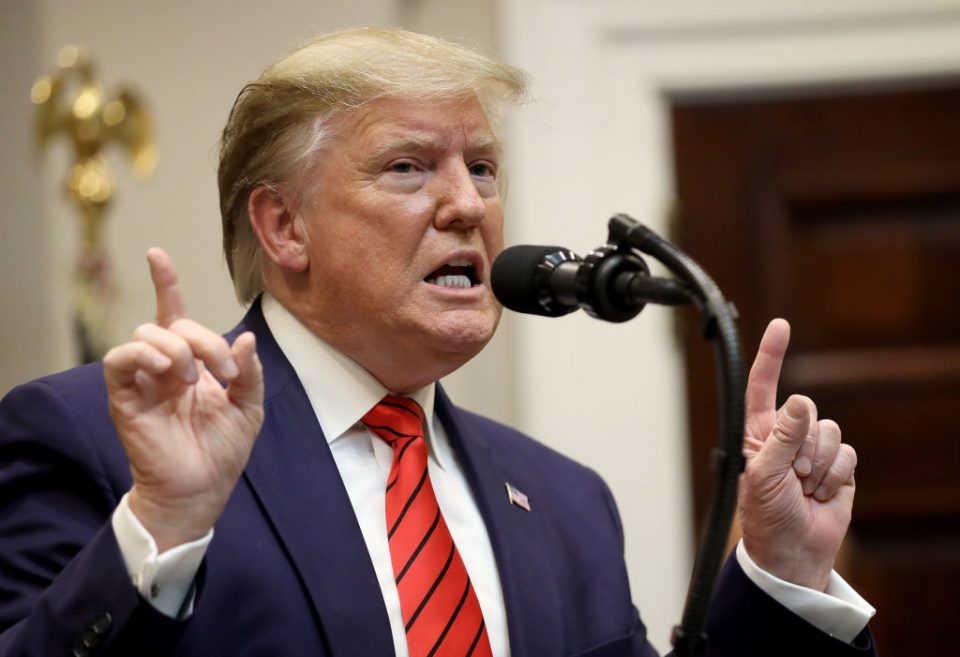 US president Donald Trump has said that the US will “immediately impose punishing additional sanctions” on Iran after the Islamic Republic fired missiles at two US bases in Iraq.

The president said that no Americans were harmed in last night’s attacks, and that the US would continue to assess its options in response.

He said that Iran “appeared to be standing down” in the aftermath of the attack, adding that it would “never be allowed to have a nuclear weapon.”

The president said that the US had tolerated Iran’s activities in the Middle East since 1979 but that now “those days were over.”

He added that the sanctions would remain in place until Iran changed its behaviour.

Oil prices dropped dramatically on the back of Trump’s statement, with Brent crude falling nearly four per cent as fears of a wider conflict subsided.

Earlier, Trump tweeted that “all is well” after briefing with top Pentagon military officials.

Iran fired more than a dozen ballistic missiles at at least two military bases where coalition forces were based in the early hours of Wednesday, the US military said.

Iran’s supreme leader, Ayatollah Khamenei, labelled the attack a “slap in the face” for the US.

Trump called on the international community to recognise that the Iran nuclear deal negotiated by Barack Obama had failed, and said he would seek to involve Nato on the Iran situation.

He seemed to lay the blame for Iran’s recent actions at his predecessor’s door, saying that the deal had greatly increased Iran’s hostility.

In recent months, Iran has launched attacks against Saudi Arabian oil processing facilities at Abiqaiq and seized tankers in the gulf.

Prime minister Boris Johnson confirmed that there were no casualties in an appearance in the House of Commons earlier today.

UK foreign secretary Dominic Raab condemned the attack, urging Iran “not to repeat these reckless and dangerous attacks, and instead to pursue urgent de-escalation.”

In his statement, the president made a point of highlighting the US’ energy independence, saying that it was no longer dependent on oil from the Middle East.

Tensions have been on a knife edge in the Middle East since the killing of top Iranian general Qassem Soleimani in an US air strike in Iraq on Friday.

Trump labelled Soleimani the “world’s top terrorist” in his statement, adding that he “should have been terminated long ago.”

Iraqi officials have warned that the situation is a “dangerous crisis” that threatens to destabilise the country and the region.