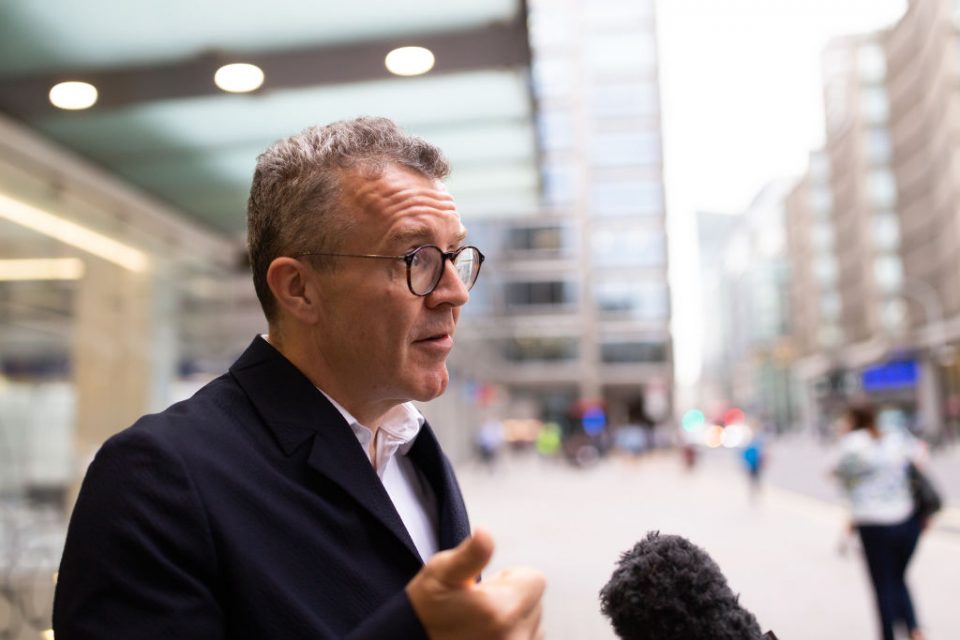 Prominent Labour figures were left aghast last night after a BBC investigation claimed people at the top of the party had minimised complaints of antisemitisim against its members.

Deputy leader Tom Watson and London mayor Sadiq Khan were among those who spoke out after the allegations, which implicated general secretary Jennie Formby and communications director Seumas Milne.

Formby and Milne are among leader Jeremy Corbyn’s closest aides. Last night’s Panorama investigation accused them of interfering with antisemitism investigations, an issue which has dogged the party since 2016.

Labour sharply denied the claims yesterday. A spokesperson said they were “deliberate and malicious misrepresentations designed to mislead the public”.

They added the party was “implacably opposed to antisemitism”. Some of the former officials quoted by the BBC had “personal and political axes to grind” against Corbyn, they added.

But some of the party’s most influential figures expressed alarm over the claims. Watson said he was “shocked, chilled and appalled” after hearing the allegations.

“Hearing the testimony of party members and former staff was harrowing. They are not ‘disaffected’, they have been incredibly brave. Very serious questions now have to be answered.”

Meanwhile London mayor Sadiq Khan said: “It breaks my heart that Jewish Labour members will have watched Panorama tonight and felt that there is no place in the Labour Party for them.”

He said the party needed to get “much better at tackling the scourge of antisemitism. Anti-Semitism is racism”.

“Those members with antisemitic views must be dealt with swiftly and purposefully. When cases are clear cut, there should be no delay whatsoever and they should be expelled from our party immediately.”

The investigation also quoted former Labour members who felt a hostile atmosphere towards Jews within the party in recent years. They said other party members sometimes challenged them over Israeli government actions.

Nine MPs have quit the party this year. Many have cited the leadership’s handling of antisemitism as well as its stance on Brexit as reasons for leaving.

Conservative foreign secretary Jeremy Hunt said the claims showed Corbyn was either “willfully blind to antisemitism or antisemitic himself”.

British Jewish groups have accused Labour of becoming institutionally antisemitic. The issue has played a part in Labour’s failure to take electoral advantage of the Conservative government’s turmoil over Brexit.

Jewish Labour Movement member Mike Katz said: “For Labour’s official response to dismiss their testimony as those of ‘disaffected’ with ‘axes to grind’ shows how the Party has lost any claim to a moral compass. The whistle-blowers are the ones with real Labour values.”

Part of the programme centred around an email sent by Seumas Milne telling Labour’s internal complaints team that “something’s going wrong, and we’re muddling up political disputes with racism”.

The Labour press team have disputed the message, claiming it was taken out of context. It reportedly referred to a dispute between Jewish Labour members with Zionist and anti-Zionist views.

“The Panorama programme was not a fair or balanced investigation. It was a seriously inaccurate, politically one-sided polemic, which breached basic journalistic standards, invented quotes and edited emails to change their meaning. It was an overtly biased intervention by the BBC in party political controversy,” a spokesperson added.

Earlier this week, a former boss of the Labour Party was one of three Lords to resign the party whip in protest at its handling of antisemitism.

The peer, who also served as a junior minister under Blair and his successor Gordon Brown, even accused Jeremy Corbyn and his advisers of being “antisemitic”.

Two other peers followed him out: former health minister Lord Darzi and ex-Royal College of Physicians chief Lord Turnberg, according to BBC Newsnight.

In his letter to Labour’s leader in the Lords, Angela Smith, Triesman was blunt on the reasons for his departure.

He said: “My sad conclusion is that the Labour party is very plainly institutionally antisemitic, and its leader and his circle are antisemitic, having never once made the right judgment call about an issue reflecting deep prejudice.

Read more: Labour should be riding high, instead they’re drowning in scandal and incompetence

“The number of examples is shocking. It is no longer a safe political environment for Jewish people or other opponents of antisemitism.”

Labour is currently under investigation by the Equalities and Human Rights Commission over whether it has discriminated against or harassed Jews.