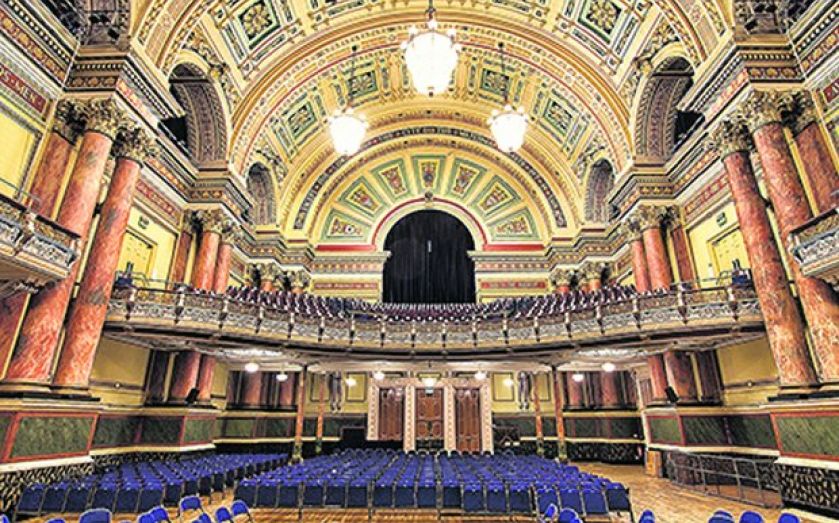 IN THE months before a general election campaign gets going, politicians often look like they’re merely going through the motions. Perhaps that was why George Osborne’s surprisingly radical speech in Manchester yesterday, focused on making the “cities of the north a powerhouse for our economy”, caught many by surprise. But while the speech contained the embryos of some exciting changes, the devil will be in the detail.

First, Osborne rightly called out the cliche that London sucks the economic life from the rest of the UK, welcoming its remarkable rise as a vibrant hub for finance and entrepreneurship. As Jim O’Neill, formerly of Goldman Sachs, has put it, “the debate over whether London’s success is ‘bad for Britain’ misses an important point: what our other cities can learn from the capital.” And it is cities that hold the key to future growth – with density both an economic and social catalyst.

With this in mind, the chancellor announced a further look at decentralising power to northern urban areas, in part through new and improved proposals for elected mayors and the suggestion of some tax-raising powers. This is a positive step. But we mustn’t overestimate its potential just yet.

As Grover Norquist of Americans for Tax Reform argued in a lecture last year, real decentralisation of power – with genuine fiscal autonomy – can drive improvements to services, lower taxes (through tax competition), make government more accountable, and boost growth. Evidence from the US shows that states that come up with novel ideas on tax or public sector reform find themselves swiftly imitated, with the policy cream rising to the top.

But UK politicians have rarely been interested in seeing decentralisation through – with local authorities and cities not given responsibility for raising most of their revenues locally, or to necessarily provide the services they wish. If we want new urban mayors to really oversee a growth renaissance in the North, they must have the power and the money to experiment.

Further, Osborne’s proposal for a new east-west high speed rail line rings alarm bells. He is surely right that Britain’s existing inner-city links are in need of an upgrade, and creating a single labour market across the Pennines would have benefits. Yet as Richard Wellings of the IEA points out, over such short distances, high speed rail’s benefits are smaller and the estimated £7bn cost may be more efficiently spent on smaller-scale schemes that deliver higher returns for taxpayers.

And if the example of HS1 is a guide, the benefits (in jobs and growth) may not be as big as promised. In East Kent, which HS1 runs through, the average employment rate was 5 percentage points lower between 2010 and 2013 than during the pre-high speed period, compared to a fall of just 2.1 percentage points for the South East as a whole. This is not to deny that better connectivity can have positive effects – boosting trade, bringing higher productivity through specialisation. But HS3 would be no silver bullet.

Upgrading slow and ageing links between major cities is a good and overdue idea; blowing billions on another high-speed vanity project is less convincing. It’s ironic that, in a speech about decentralisation and local choice, the chancellor couldn’t resist a Whitehall spending spree.

Andy Silvester is campaigns manager at the TaxPayers’ Alliance.