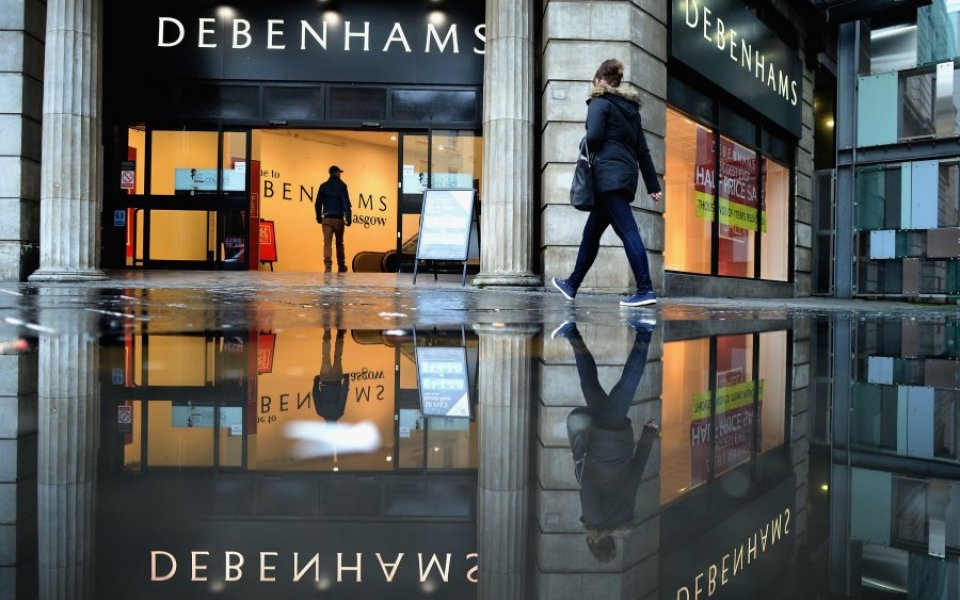 Debenhams' share price leapt 15 per cent this morning, as the struggling department store shrugged off the winter blues plaguing other retailers to beat expectations for the 19 weeks to 9 January.

The department store has grown like-for-likes 3.5 per cent on a constant currency basis, or 1.9 per cent as reported, while gross transaction value rose 2.5 per cent. Analysts had forecast a drop of 0.1 per cent.

Online sales were up 12.1 per cent, while click and collect penetration has risen to 31 per cent.

Over Christmas, sales were also strong, with like-for-likes up 3.7 per cent, while online sales were up 15.4 per cent in the seven weeks to 9 January.

All that means profits remain in line with expectations for the full year.

Debenhams has been struggling to get the business back on track, after successive periods of declines, with both brands and customers deserting the department store in favour of rivals such as John Lewis. Indeed, some critics were expecting Sharp to announce his departure – which is due to take place at some point this year – under a similar cloud to Mark & Spencer's Marc Bolland.

But having implemented a reduced discounting approach – which has led to a five per cent increase in full price sales – and pushing online growth, as well as improved store formats,  the turnaround appears to be taking shape.

One of Debenhams' strategies has been to reduce the amount of clothing it sells proportionately, while increasing its focus on beauty.

"Strong growth in beauty has reinforced our market leadership in the premium segment and despite tough comparatives over peak, sales across gift categories have shown good further growth," Debenhams said today. "Non-clothing categories now account for 55 per cent of total revenues, in line with our strategy."

Sharp said: "We have traded well in the first 19 weeks of the financial year with a strong performance over peak resulting in a record Christmas. This performance is evidence that our strategy is working with our customers finding our mix of products and brands both compelling and great value for money. The further improvements to our service proposition and our online presentation have delivered strong multi‐channel sales growth, building on the progress we saw last year.

“I would like to thank all our colleagues for their continued hard work and support which has ensured that we traded our peak period successfully and with our systems and fulfilment working well. We remain on track to deliver full year profits in line with market expectations.”