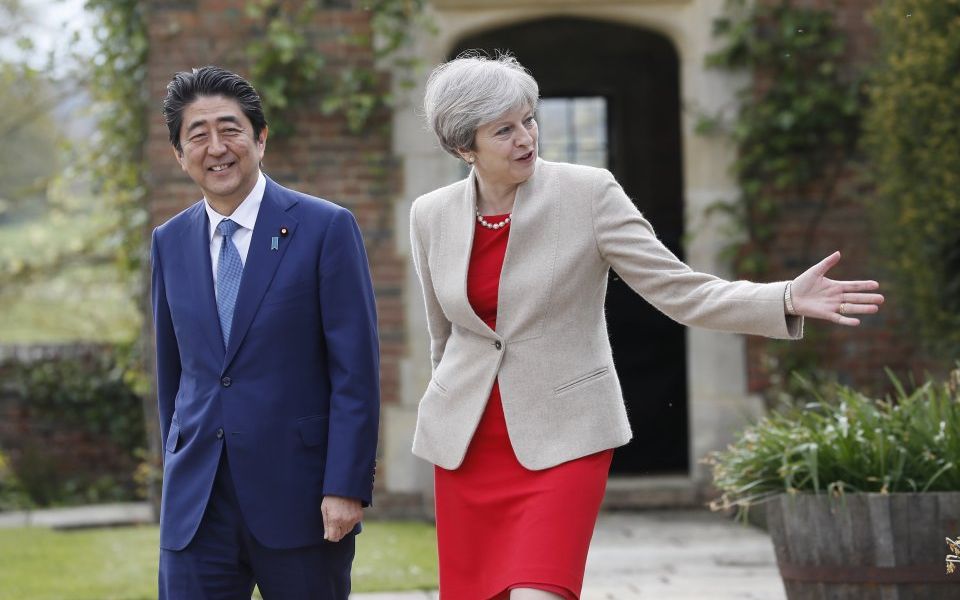 Should Britain heed the Japanese Prime Minister and join the Trans-Pacific Partnership after Brexit?

The UK has been promised a welcome with “open arms” to the Comprehensive and Progressive Agreement for Trans-Pacific Partnership (CP-TPP), perhaps the most comprehensive multilateral trade agreement negotiated to date.

The mechanics of becoming a member would depend upon the terms of the UK’s exit from the EU, but it would be foolhardy to rule out the possibility. In addition to the 11 nations which ratified the treaty in March (which comprise 13.5 per cent of world GDP and include almost half a billion consumers), other major markets, including Indonesia, have expressed interest in joining.

One could also reasonably expect the US to join under a future presidential administration.

Becoming a member would be an expedient choice for future British trade policy, killing nearly a dozen birds with one stone. And in a febrile political environment, ratification would provide a certain level of security for UK business, constraining some of the worst-informed impulses to be found across both the major parties.

The appeal of joining a Pacific trade pact is understandable. The UK would have increased access to a bloc that makes up 40 per cent of global trade, many of them countries with whom Britain enjoys long historic ties.

But in order to be able to join, the UK would have to leave the EU customs union. And geography matters. When you look at the realities for exporters, in particular SMEs, they trade most with the countries they are physically closest to. This is why these high-level multilateral trade agreements often cluster around a geographic location, such as the Pacific.

While joining the CP-TPP would probably benefit some larger companies, or those exporters with products targeted at specific sections of these markets, this will come at the loss of the largest market for all UK exporters: the European Union. Taking 44 per cent of all UK exports in 2017, the EU market is not something to dismiss lightly, even for the sake of more trade with countries like Japan and Australia.