Deal or no deal, reports of London’s death are greatly exaggerated 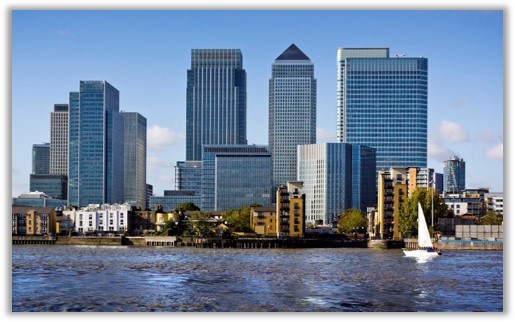 London has for many years enjoyed the reputation as the world’s leading financial centre.

Only New York has ever come close to challenging the capital’s crown — and since 2015 London has generally topped all the rankings.

In that time, though, every paean to London’s preeminence has carried the gloomy caveat: “until Brexit”.

The received wisdom has been that when the UK withdraws from the European Union — specifically,  when we lose automatic membership of the Single Market at the end of this year — London’s financial services sector will suffer.

In 2016, a rather breathless and gleeful article in the New York Times opined: “Unless Britain finds a way to undo its decision to leave the European Union, London’s days as the pre-eminent global financial capital, ranked even ahead of New York, may be numbered.” Its author, James B. Stewart, claimed that, while major financial institutions were not contemplating moving their headquarters out of the UK, they would nonetheless seek to transfer large numbers of employees to other EU cities.

Certainly, some of what Stewart predicted has come true. Nomura, Daiwa, Goldman Sachs and Deutsche Bank are just a few of the big names that have transferred some personnel to Frankfurt, while JP Morgan Chase snapped up office space in Dublin. In January 2020, the Financial Times (the in-house newspaper for financially literate Remainers) declared the question closed: “London loses top spot as global financial hub”, ran the headline. The story was based on a survey by Duff and Phelps which revealed that only 34 per cent of senior financial services executives “would choose the UK’s capital”, as opposed to 56 per cent opting for New York.

In reality, the survey revealed many other indicators that painted a rather different picture. It demonstrated that there had been no mass exodus to Frankfurt, Paris or Dublin; that the only serious rival to the Anglophone duopoly of London and New York was believed to be Shanghai; and that the emphatic Conservative election victory of December 2019, promising decisive and firm action, was likely to calm the markets and boost confidence in the City of London.

A lot has changed since then, and the political certainty of the new year has crumbled in the face of an unforeseen pandemic. Still, there are justifiable reasons for confidence that London will remain at least very close to the top of the international league tables in terms of financial services.

For a start, the capital has the infrastructure — both physical and in terms of skills — to support a thriving sector. A cluster of highly paid jobs in a key industry like financial services requires a network of schools, shops, restaurants, hotels, clubs and gyms, creating a community where people actually want to live as well as work.

Although the Covid-19 pandemic is punishing these industries, particularly retail and hospitality, London retains enormous strength in depth. Iconic London brands like Harrods, Selfridges, the Ritz and the Dorchester are well-placed to weather the coronavirus storm. And if mid-range businesses such as Debenhams and Monsoon have stumbled or failed, this is no different to the fates of US giants like Neiman Marcus and Brooks Brothers.

As far as education goes, the independent sector in the UK remains immensely prestigious and attractive to parents from across the globe. Selective day schools like St Paul’s and City of London and boarding establishments like Eton, Winchester and Westminster cater to pupils from around the world: the Asian edition of Tatler ran a top-10 of British schools in its July edition this year, and Harrow, Dulwich College and North London Collegiate School have all become international education brands.

Simple geography also has to be factored into the equation. Even without pre-Brexit access to the Single Market, London is the biggest financial hub in Europe, on the same or similar time zones as the continent’s other trading centres, while also speaking the language of the US, Australasia and large parts of Asia. It is in the overlap of several circles in a Venn diagram in a way that few other cities can match.

In short, London retains a large proportion of the advantages that it had before Brexit. Of course, much depends on the terms of the UK’s final agreement with the EU, and the prospect of no deal is not an attractive one (something which negotiators should keep in mind as talks resume).

But whatever happens, the dreams of Frankfurt, Paris and Dublin of stealing London’s financial crown are illusory: the UK’s capital will only die by its own hand. To paraphrase Mark Twain’s response when his obituary was printed by mistake, reports of London’s death are greatly exaggerated.

Read more: London pandemic update: How many Covid-19 infections are there in your local borough?