Davos 2016: An outlook as chilly as the setting 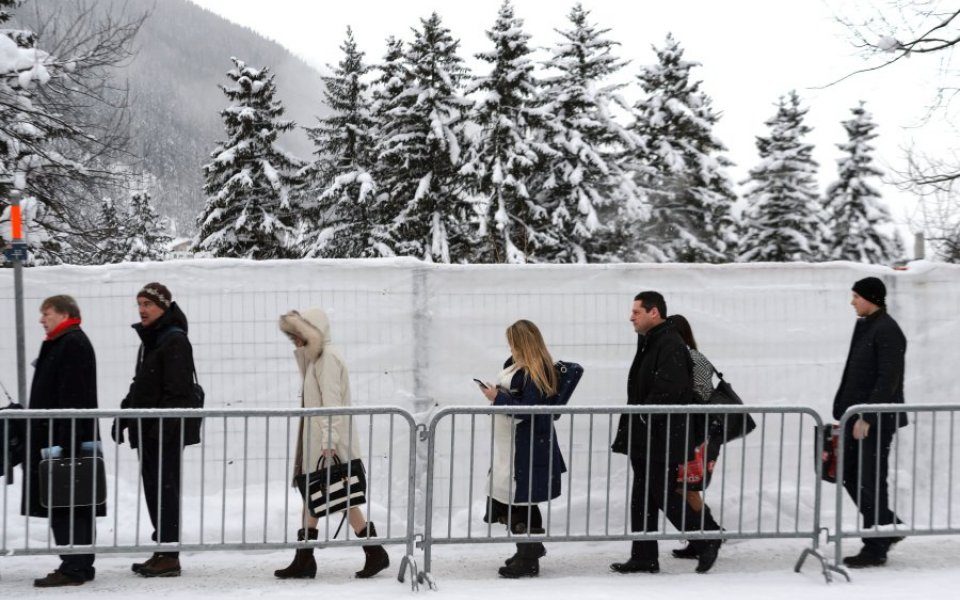 So much for a fourth industrial revolution. It’s an inexorable law of the World Economic Forum that each year’s summit must be more crowded, expensive and pessimistic than the last.

Whether it’s robotics, fintech or climate change, you can take your pick of this year’s buzz-themes – many dreamed up with the aid of handsomely paid management consultants to help justify the price of a treasured white badge.

But for Brits inching their way around the treacherous roads of Davos this week, four words have probably been dominating the agenda: oil, China and EU reform.

The mood is as downbeat this year as I’ve known it: and given that I’ve been attending since 2008 – when the world’s financial system seemed to be heading into the abyss – that’s saying something.

LIGHT A FIRE UNDER THEM

Tellingly, that mindset has reached the highest echelons of global boardrooms.

At a meeting of multinational companies’ chairmen on Wednesday, a new word entered their corporate lexicon: they were encouraged to be ‘firestarters’, which at Davos means to initiate debate by throwing provocative ideas into the mix.

The mood? More pessimism: disruptive technologies are driving deep anxiety among corporate chieftains over whether their companies are equipped to cope. “Right now, we’re more like firefighters than firestarters,” one FTSE chairman complained.

Goldman Sachs’ decision to donate to the campaign to keep Britain in the European Union has attracted significant attention from other top bosses.

With a referendum possibly just five months away, Britain Stronger in Europe – the group headed by Lord Rose, former Marks & Spencer chairman – needs as much money from as many quarters as possible.

But as the social media reaction to the news highlighted, there are many who would regard the backing of Wall Street banks as a reputational hindrance, rather than a help.

My revelation yesterday that JP Morgan is also ploughing money into the group reinforces that view. It’s a delicate balancing act, and it may be that Britain Stronger in Europe has strayed into the imprudent side of the line.

Paradoxically amid the oil rout one of the most cheerful people I’ve sat down with here is Bob Dudley, BP’s battle-hardened boss.

Dudley is entitled to feel a degree of self-satisfaction. Six years of weathering the most brutal storm in BP’s history – and decades in the industry prior to that – has provided him with a sense of perspective on the current slump.

Oil prices are likely to fall further before recovering in the second half of the year, he thinks, but his company’s balance sheet is in decent shape to withstand that pressure.

Last week’s job cuts – including 600 in the North Sea – will undoubtedly be followed by more if the black stuff remains so cheap. Whether Dudley himself will be leaving (one of my predictions for 2016) remains an open question: given the obvious zeal he still has for the job, I’m prepared to be proven wrong.

BULLS IN A FRAGILE CHINA SHOP

Who’d be a China bull? Despite this week’s data showing that Chinese growth slowed last year to its lowest level (in percentage terms) for 25 years, there are plenty of them here.

Among them is Steve Schwarzman, the Blackstone boss, who believes the country’s consumer economy is holding up well.

Another is the unnamed chief executive of a global bank, who points out that 6.9 per cent growth in 2015 equated to $680bn (£478bn) of incremental economic output – a larger number than a 10 per cent growth rate delivered five years ago. But are Beijing’s numbers believable anyway?

WATCH WHO YOU ARRIVE WITH

The simultaneous appearance of George Osborne and Greg Medcraft, one of the frontrunners to lead the Financial Conduct Authority, added a domestic flavour to the Davos rumour mill. One delegate went so far as to insist that Xavier Rolet, chief executive of the London Stock Exchange Group, had been tapped up for the role. I suspect there’s more chance of the chancellor strolling through Davos in flip-flops in 2017 than the Frenchman rearranging the furniture in Martin Wheatley’s former office.

THE STARS COME OUT

Davos is never complete without a round of celebrity-spotting. Delegates were spoilt for choice last night: Google’s party at the Ameron Mountain Hotel competed with public relations maestro Matthew Freud’s bash at the Schatzalp, with Leonardo DiCaprio and Bono set to provide the glamour.

As the forum starts to wind down tonight, tickets to a screening of The Danish Girl will be in big demand. The Big Short, the film adaptation of Michael Lewis’s account of Wall Street corruption before the 2008 financial crash, would have been more appropriate for this year’s Davos gloom – but with so many bankers in town, showing it here would have been a little too brave.