Davos 2016: Prime Minister David Cameron says he's "not in a hurry" to hold a referendum without a good reform deal 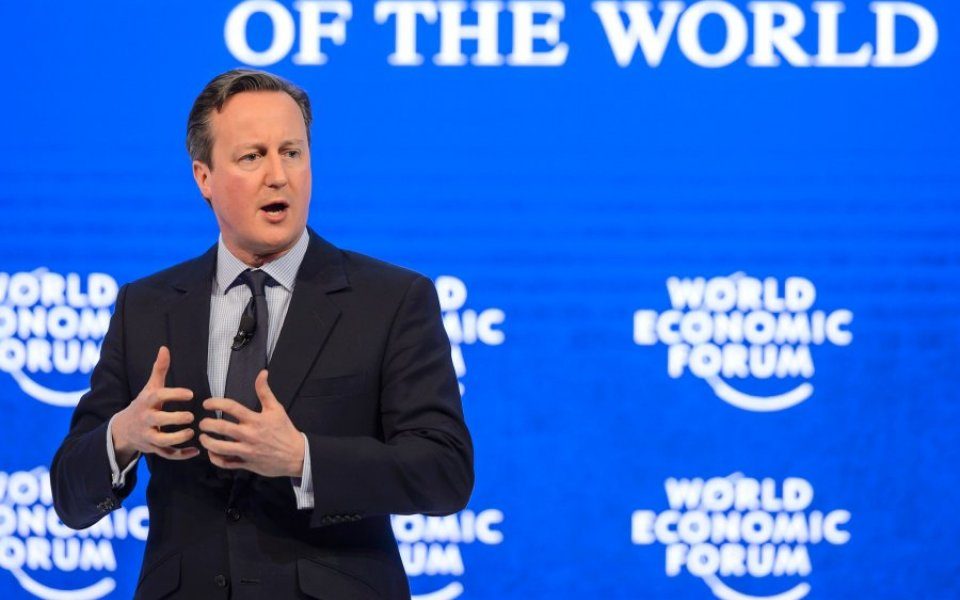 Business leaders should be making the case for Britain's membership in the European Union, Prime Minister David Cameron has said today.

Speaking at the World Economic Forum annual meeting in Davos, Cameron said: "I hope that businesses and NGOs and other organisations don't hold back."

"And I would say, don't hold back right now," Cameron added, saying corporate leaders should not wait until the official campaign period to speak out.

Cameron has promised to hold an in/out vote by the end of 2017, following a period of renegotiation with Brussels.

Cameron today repeated his aim of securing a reform deal at next month's European Council.

"I want to confront this issue, I want to deal with it," he told the audience in Davos.

But the Prime Minister added that he would only accept a deal next month "if there is a good deal on the table".

Cameron also reiterated his apparent commitment to campaigning for the UK to stay in the EU, saying: "My aim is absolutely clear: I want to secure the future of Britain in a reformed European Union."

Yet Cameron added that even if he achieves his reform agenda, there will continue to be problems in Brussels that need fixing.

"Even if I'm successful in getting this reform package in holding this referendum and Britain decides to stay in a reformed Europe, at no point will you hear me say, that is perfection," Cameron said. "There are many things that are imperfect about the European Union today…the reform will not be finished."

"We welcome the Prime Minister’s call for business to play our part," Cummings added.

"We know from our own research that the public would find it helpful to hear from business leaders on this issue.

"Our role is not to tell people how to vote, but to present the facts about the consequences of the various referendum outcomes and help them reach an informed decision when they cast their vote."

EEF chief executive Terry Scuoler also urged businesses to speak out in the run-up to the referendum, saying: "The lesson of the Scottish vote was clear."

"The failure of business to enter the fray until the last minute almost proved costly. We cannot afford to risk that happening again on an issue that is so fundamentally important to the future prosperity of the UK.”

CBI director-general Carolyn Fairbairn said: “Business leaders, on whatever side of the debate, should feel able to speak out on the implications for their business of staying in or leaving the EU.

"No-one is better placed to explain what this vital decision means for jobs, growth and investment in the years ahead."

Euroscepetic groups, however, criticised Cameron for making his pitch to high-profile business leaders.

''The establishment is clearly lining up behind those who want to stay in the EU at all costs," said Vote Leave chief executive Matthew Elliott. "Big banks and big corporates do well out of the status quo in the EU but it is the UK's smaller businesses who get hit the hardest.

"Ninety-five per cent of UK businesses don't even trade with the EU but all of them still have to deal with the damaging stream of rules and regulations from Brussels."

Leave.EU chief executive Liz Bilney said: "The fact that the Prime Minister is begging for international corporations to stick their noses into our democratic process only shows how little he and the elite care for ordinary British citizens. This referendum is about our needs, not theirs."