Currency and commodities trades to be taxed under new Labour proposal 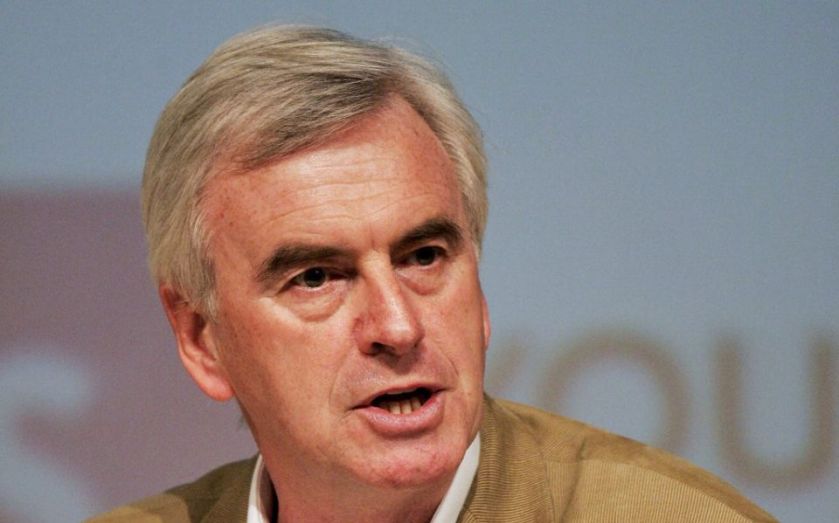 The Labour Party today endorsed a proposal which would levy a £2.1bn a year tax on currency and commodity trading.

It would expand the 0.5 per cent stamp duty on buying and selling shares to any transactions in foreign exchanges and commodities.

“This is the way that in future we can ensure that we have a finance sector which is vibrant, meaningful and contributes constructively, not just to our own economy, but to the global economy as well,” McDonnell said.

McDonnell called for a wider debate on introducing financial transaction taxes around the world.

“We have the opportunity to lead that global movement of reform,” he said, adding that the proposals are “unchallengeable.”

However, the move attracted criticism from City groups.

Miles Celic, the chief executive of the City UK, said the financial services industry accounts for 14 per cent of UK tax revenue, and said foreign financial centres are always trying to attract business and jobs away from London.

“A tax on financial transactions would be bad for business, bad for investors, bad for savers, and bad for the economy,” he said.

Labour said that the tax applies to those resident in the UK for tax purposes, rather than trades being made in London. So a US trader in New York trading through London would not have to pay the tax. While a Brit in London trading in Hong Kong would.

“At a time of great uncertainty for business we would encourage policymakers to focus on proposals that would support the growth and competitiveness of the UK’s financial sector, helping the industry to grow and employ more people right across the UK,” said its chief executive Stephen Jones.