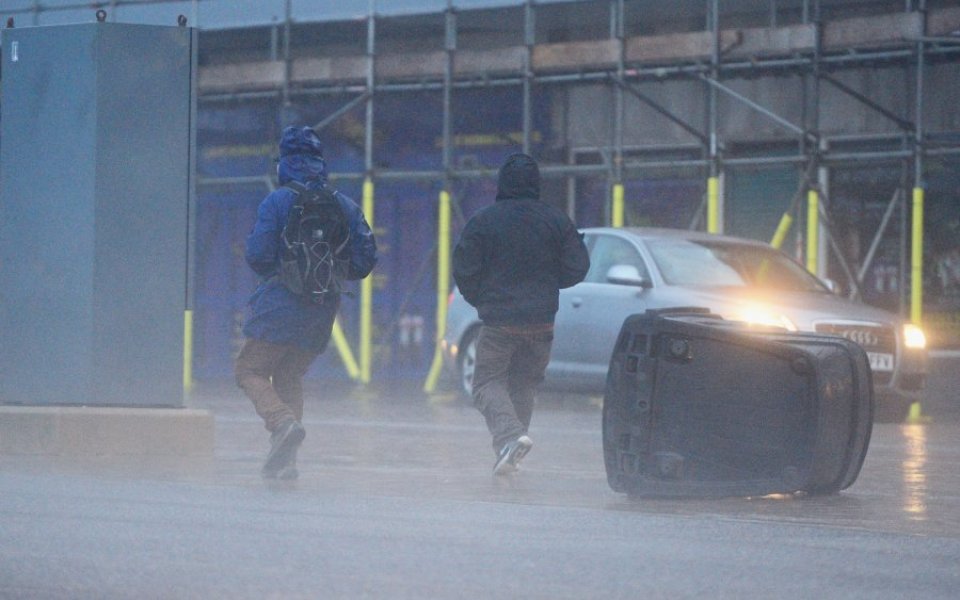 Parts of the UK were plunged into chaos today as Storm Desmond swept across the country, bringing heavy rain, gale force winds and flooding.

There have been 26 severe flood warnings, indicating a danger to life, issued by the Environment Agency.

And the Met Office issued its highest red warning for Cumbria and south-west Scotland, with Amber warnings in place for parts of Scotland and the North-east of England.

The Met Office have issued a red warning for the first time since February 2014. The red warning urges the public to 'take precautionary action and remain extra vigilant'.

RED warning for #rain has been extended to parts of Scotland https://t.co/TmvTfmDfrK #StormDesmond #alert pic.twitter.com/PmM84pjImD

Cumbria Police declared the severe weather across the county a major incident, according to a statement posted on its website as the region could see a further 150mm of rainfall over the next 18 hours.

Homes and businesses in Cumbria have been evacuated and police have declared the flooding a major incident. Rescue efforts were co-ordinated by boat and people waded through waist-high water after the River Eden burst its banks.

Police say they are engaged in a number of rescue operations involving people trapped in vehicles stuck in flood water.

Cumbria is amongst the worst affected areas, with the River Greta near Keswick and the River Eden at Appleby overflowing, despite flood defences having been installed.

People have also been evacuated from their homes in parts of Appleby and Keswick and a reception centre has been set up in Appleby to help those whose homes have been destroyed by the floods.

“Due to the current weather conditions being experienced across Cumbria, the emergency services are experiencing a high number of flooding related calls. These include a number of rescues of people from vehicles stuck in flood water," Temporary assistant chief constable Andy Towler, chair of the strategic co-ordinating group, said.

"Apart from the obvious risk to members of the public, the abandoned vehicles are then causing considerable problems for emergency services when travelling around the county.”