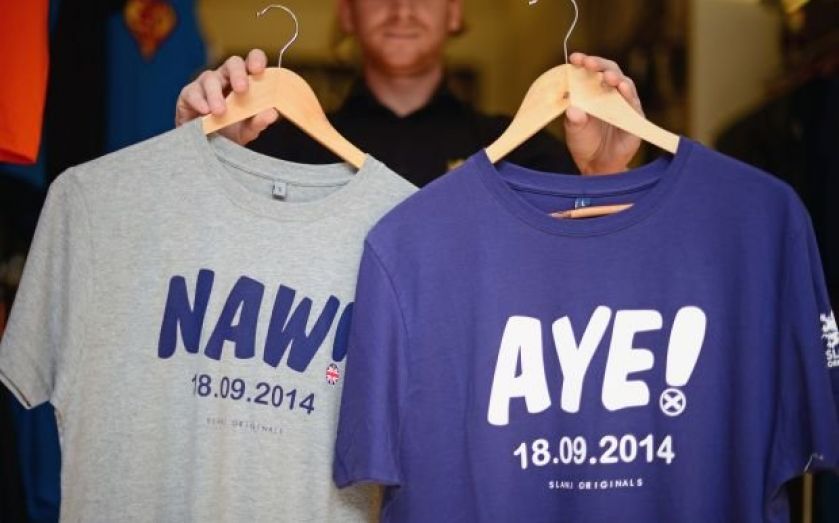 Crowdfunding hub Indiegogo has taken a turn for the political. With exactly four weeks to go until the Scottish referendum, voters from both sides of the argument have created crowdfunding campaigns to give their side a good auld push.

In the Yes corner, a group is offering to present a festival and subsequent album of Scottish songs.

In the No corner, a group wants to create a stone circle on the border to be called Auld Acquaintance.

Then, sitting on the fence, there’s the Referendum Cafe in Glasgow. A proposed place for people to go and discuss all things independence. With only 27 per cent of its goal raised, the Referendum cafe might be deemed obsolete before it’s even opened. Baws.