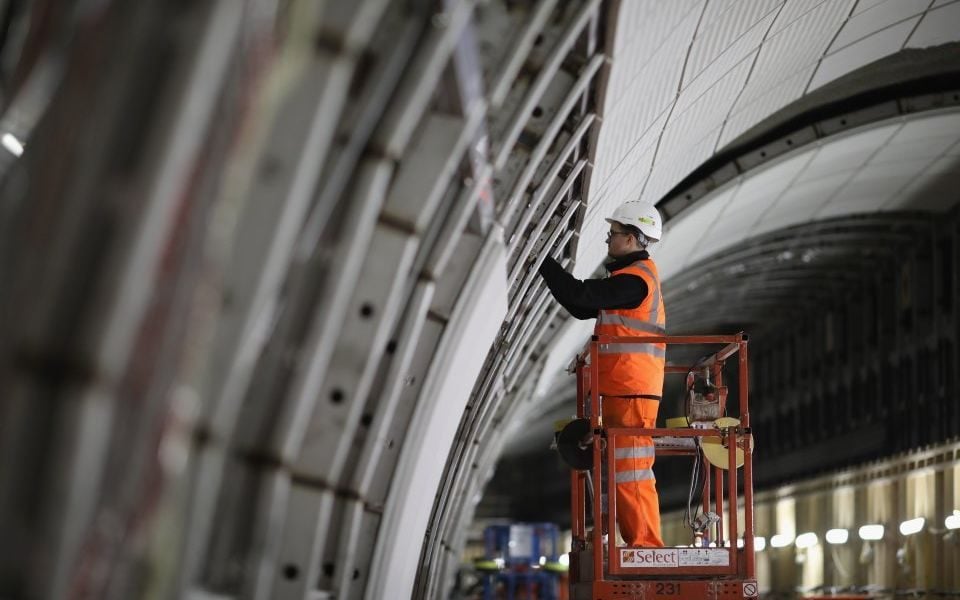 A catalogue of errors including a "failure to change course" when it was clear the project was de-railing, as well as flaws in its own commercial strategy, led to cost increases and the current uncertainty about when the east-to-west railway will open, the National Audit Office (NAO) said.

In its report, which follows similar criticism from the Public Accounts Committee and the London Assembly, the NAO said it was currently unable to say whether Crossrail would offer taxpayers value for money but that it was now "past the point of no return", with £16bn already having been spent.

Crossrail, also known as the Elizabeth Line, was originally scheduled to open last December but has been beset by budget troubles and setbacks.

Last week Crossrail's leadership revealed that the railway is now likely to open between October 2020 and March 2021.

The NAO said Crossrail believed it had an "exceptional team" and "clung to the unrealistic view" it could open the railway by December 2018, which ultimately had "damaging consequences" for the project.

“Throughout delivery, and even as pressures mounted, Crossrail Ltd clung to the unrealistic view that it could complete the programme to the original timetable, which has had damaging consequences", the NAO said.

“While we cannot make an overall assessment of value for money until Crossrail is complete, there have been a number of choices made in the course of this project that have clearly damaged public value.”

The NAO said Crossrail costs increased after management wasted time on testing trains that was of "limited use" and took time and space away from construction workers on site. It also reduced staff numbers during 2018 thinking that the railway would open in 2018 and is now frantically trying to rehire the staff it disbanded.

Meanwhile, design and delivery changes to the contractors' delivery schedules increased costs on the 36 main contracts, resulting in an extra £2.5 billion between 2013 and 2018, of which £900m went towards the renegotiation of contracts.

The report also revealed how costs to the fitting out of stations – none of which are complete – were significantly revised up into 2018. For example, Whitechapel station was originally scheduled to cost £110m, but this rose to £229m in 2015 and soared to £659m by December 2018.

Responding to the report, Crossrail chief executive Mark Wild said: “We take the views of the National Audit Office very seriously and will be reviewing their recommendations carefully. I share the frustration of Londoners that the huge benefits of the Elizabeth line are not yet with us. A new leadership team and enhanced governance structure has been put in place to strengthen the Crossrail programme and put the project back on track. The new team has undertaken a detailed audit of the outstanding works and produced a robust and realistic plan to complete the Elizabeth line and bring the railway into passenger service at the earliest possible date.”

A spokesperson for the mayor said: “The mayor fully supports the involvement of the National Audit Office in scrutinising Crossrail. Sadiq was deeply angry and frustrated when he found out about the delay to Crossrail last year, and there had clearly been inadequate information coming from the previous Crossrail leadership about the delay.

“The project now has a new leadership team who have worked hard over recent months to establish a realistic and deliverable schedule for the opening of the railway.

The Crossrail delay has become a political minefield for its figureheads, including former chairman Terry Morgan, who resigned over the Crossrail fiasco at the end of last year.

It has also created a headache for London mayor Sadiq Khan, who came under renewed pressure yesterday to explain why he was standing by TfL boss Mike Brown, whom the Assembly accused of "downplaying" the risks to Crossrail in the lead-up to the delay.

He added: "I was kept in the dark by the former chair of Crossrail and that's why I lost confidence in him."