Eurozone ministers have once again gathered in Brussels to try and negotiate a deal between Greece and its creditors, but a big question mark hangs over whether the struggling nation could realistically remain in the Euro.

Tomorrow, it must fork out a €750m (£544m) loan repayment for the IMF, but this is just the start of a series of hefty repayments – from now to the end of August, Greece must find €20.2bn in the form of IMF loan repayments, T-bills and government bonds. Split between months, this amounts to €2.16bn in May, almost €7bn in each of June and July, and almost €5bn in August. 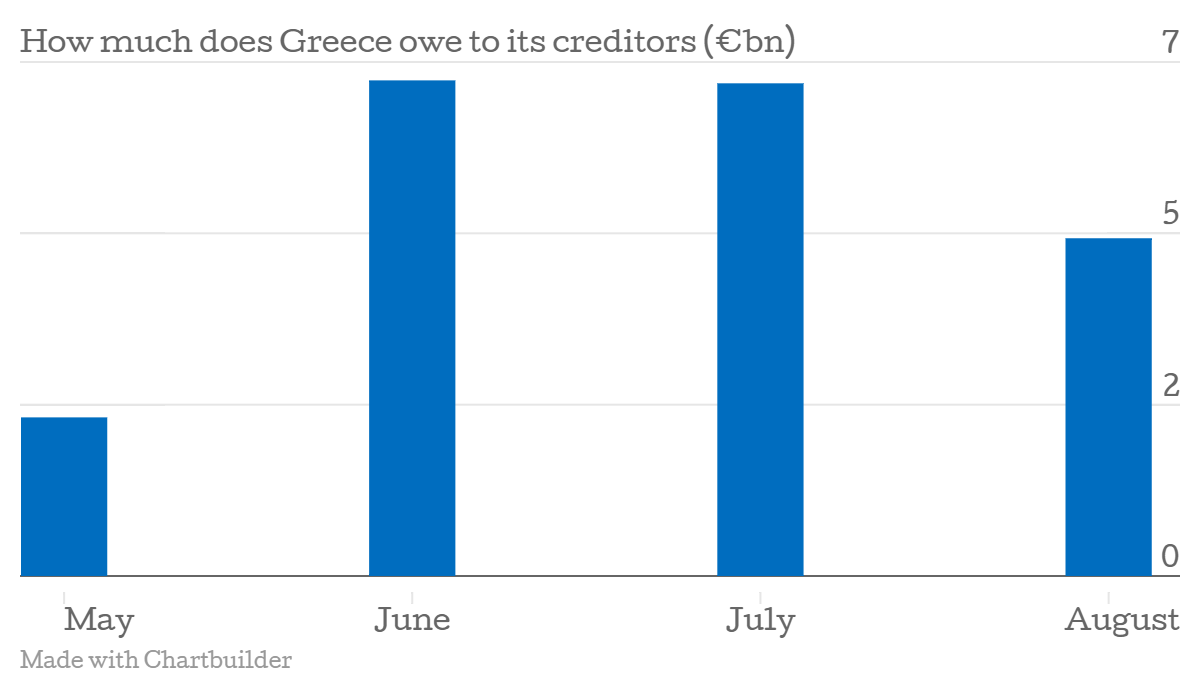 There is way out of this sticky situation for Greece (temporarily, at least) – to unlock a further €7.2bn of bailout money from lenders. The deadline for a deal to release this is the end of June, and it would save Greece from bankruptcy for the time being.
But this would have to be approved by all participants of the creditor states, and talks to reach such a deal have been going on for months without progress. Discussions took place for nine hours yesterday without anything new to report, and a similar outcome is expected today.
Syriza, the left-wing government voted in at the start of the year, promised to bring the Greece out of austerity by renegotiating its relationship with the rest of the bloc, but so far it has failed to persuade anyone to agree to its terms.
Prime Minister Alexis Tsipras wants the world to recognise what he considers as progress, telling Ana news agency he wanted “clear confirmation of the progress that has been made in the last period of negotiations”.
But no one else involved believes the situation is moving in such a positive direction. In fact, German finance minister Wolfgang Schauble said over the weekend that Greece could easily end up defaulting in the very near future. "Such processes also have irrational elements. Experiences elsewhere in the world have shown that a country can suddenly slide into insolvency," he told the Frankfurter Allgemeine.