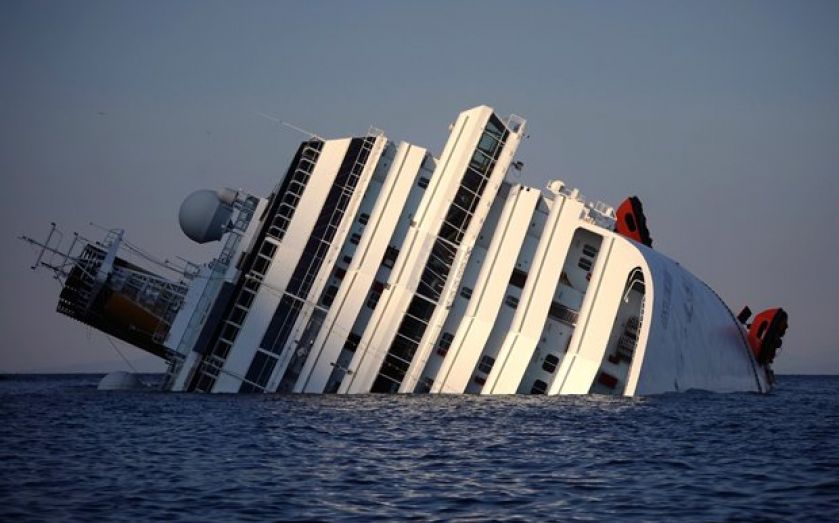 THE COSTA Concordia cruise liner was yesterday inched slowly off the rock shelf where it has been stuck for more than 20 months, in a painstaking process to right the ship that looked set to continue late into the night.

After a three-hour delay caused by an overnight storm, salvage crews started the so-called parbuckling operation at around 9am, and by mid-afternoon had lifted the side of the vessel completely off the rock bed.

Still on its side, the ship was raised far enough out of the sea to reveal a dirty brown water mark staining the white hull.

“At this point we’re around half way through the first phase,” Franco Porcellacchia, leader of Costa Cruise’s technical team, told reporters yesterday evening. “It’s all happening very slowly but very carefully and safely.”

Officials declined to comment on how much longer the process would take.

At a cost estimated so far at more than €600m (£503m), it is expected to be the most expensive maritime wreck recovery ever.