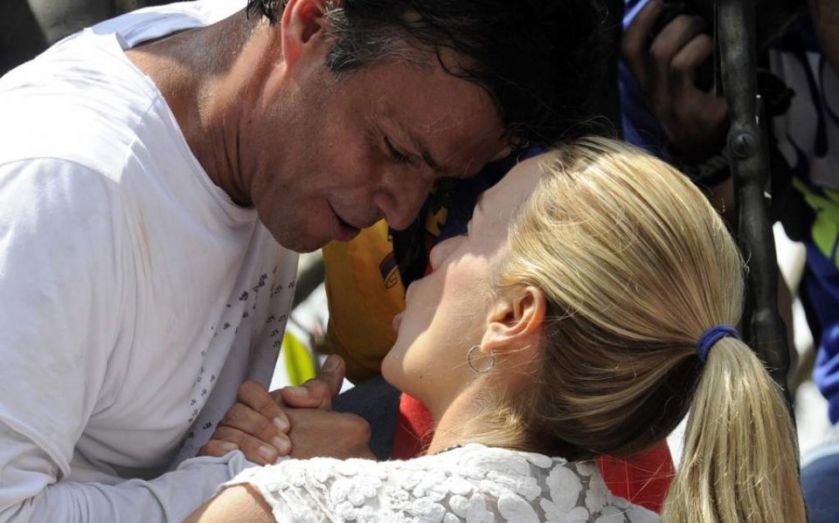 It's Saturday afternoon in a central London pub, and a newly victorious Jeremy Corbyn can be found leading supporters in a rousing rendition of The Red Flag.
At the same time, just under 5,000 miles away, Venezuela’s opposition leader Leopoldo Lopez is beginning a 13 year prison sentence after a court of questionable legitimacy found him guilty of “subliminally inciting violence.”
The EU and the UN have raised serious concerns over the lack of judicial independence in the trial, and Human Rights Watch described the outcome as “a complete travesty of justice.”
It’s another depressing episode in the recent history of a country whose economy and society have all but collapsed.
Read more: Bookies' tips suggest Corbyn could last just 475 days in the job
But back to Mr Corbyn. The Leader of Her Majesty’s Most Loyal Opposition has been a long-standing supporter of the Venezuelan regime, first as a staunch defender of Hugo Chavez and more recently of his hand-picked successor, Nicolas Maduro.
In what is surely the hallmark of stable democracies everywhere, the President hosts his own weekly radio and television show through which he can update the people “on the achievements of the Bolivarian revolution.”
Mr Corbyn popped up as a guest in April 2014, throughout which the President referred to the MP as a “dear comrade.”
As Venezuela’s opposition leader languishes in jail and its citizens queue for hours to get their hands on everything from flour to toilet paper in state-run shops, it is worth remembering the high regard in which elements of the British left hold this socialist paradise.
Read more: Here's how the UK is reacting to Corbyn's shadow cabinet
In 2012, Mr Corbyn travelled to Venezuela to witness the re-election of Hugo Chavez.
With him were old friend Diane Abbott and the media’s number one Corbyn cheerleader, Owen Jones. The latter insisted on referring to Chavez as evidence of a “progressive alternative to neoliberalism.”
It is now necessary to question the level of support given to a regime whose behaviour is  condemned by charities, the EU and the UN. After Chavez’s death in 2013, Mr Corbyn lamented how the revolutionary had been “unfairly criticised.”
He signed off the piece with “RIP Hugo.” Unless Corbyn & Co change their tune it won’t just be Labour’s credibility that dies, but their moral authority, too.