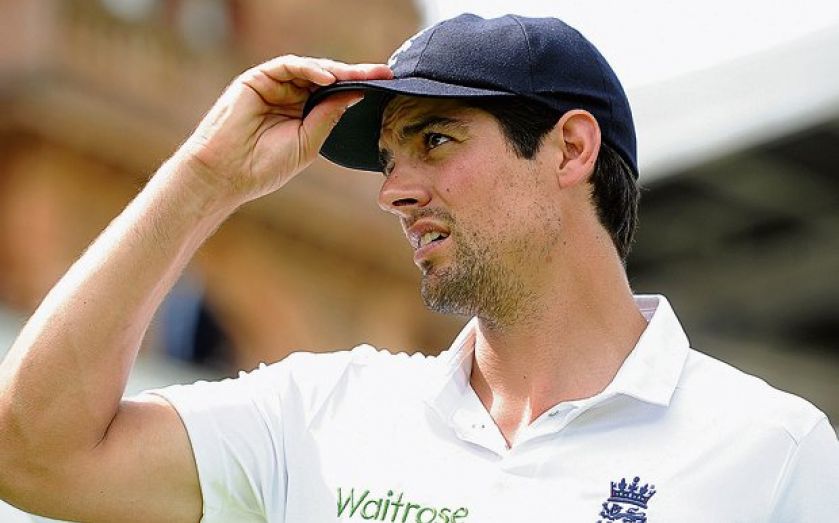 ENGLAND skipper Alastair Cook notched a morale-boosting century on the final day of his side’s drawn warm-up clash against a St Kitts & Nevis Invitational XI to start the tour of the Caribbean with a bang.

Cook resumed on 95 yesterday and made light work of reaching three figures before instantly retiring as England’s preparations for Monday’s first Test against the West Indies at the Sir Vivian Richards Stadium in Antigua intensified.

The 30-year-old is the country’s record century-maker with 25 Test tons but has endured a barren run of form lately and has failed to hit that milestone for 31 Test innings. His last century in England colours came against Australia A in Hobart in November 2013.

Cook was ditched as one-day international skipper in December ahead of the World Cup and a steady stream of runs will help stave off continued speculation regarding his Test captaincy, especially with an Ashes series looming in the summer.

Cook top-scored with 101 while there were half-centuries for newly-installed vice-captain Ian Bell and Joe Root, adding to the 72 scored by opener Jonathan Trott on day one, as England declared on 379-6 in response to the hosts’ first innings score of 59 all out.

England had 35 overs to bowl at the home side as St Kitts & Nevis finished on 76-7. Off-spinner James Tredwell was the pick of the bowlers with three wickets, while seamers Mark Wood and Liam Plunkett, as well as leg-spinner Adil Rashid, all claimed one apiece.