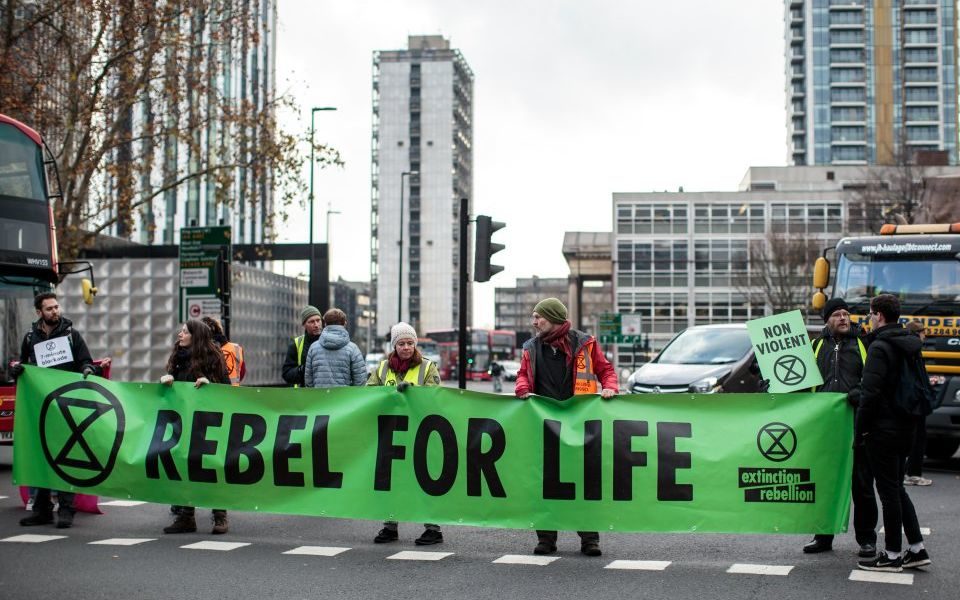 Protesters once again blocked rush hour traffic in central London this morning as members of environmental action group Extinction Rebellion took to the streets to cause chaos for commuters.

A small number of activists blocked traffic at West Cromwell Road, Elephant and Castle, Victoria Street and Tower Hill for seven minutes, as their protests stretched into a third consecutive day.

The group have been holding daily demonstrations to try and raise awareness of what they argue is a lack of action from the government to tackle pollution levels and climate change.

On Twitter, Extinction Rebellion said: "We sincerely apologise to anyone whose journey is affected by #ExtinctionRebellion #climateaction.

"We're trying to prevent a far greater harm to all our children's futures… Please switch off your engines while stationary."

Later in the day they took their protest to Oxford Street, blocking traffic from passing as shoppers hit the stores in a hunt for deals for Black Friday.

"Due to a demonstration by Extinction Rebellion, various locations in central London will have short traffic holds as they stand in the road," it read. "The demo will hold traffic for about seven minutes and then let it flow again."

The group is planning to continue its demonstrations on Saturday and will begin a march through London, starting in Parliament Square at 10am.

So far 1,300 people have confirmed they will attend on Facebook and the organisers have asked those participating to wear black and dress as though it is a funeral march.