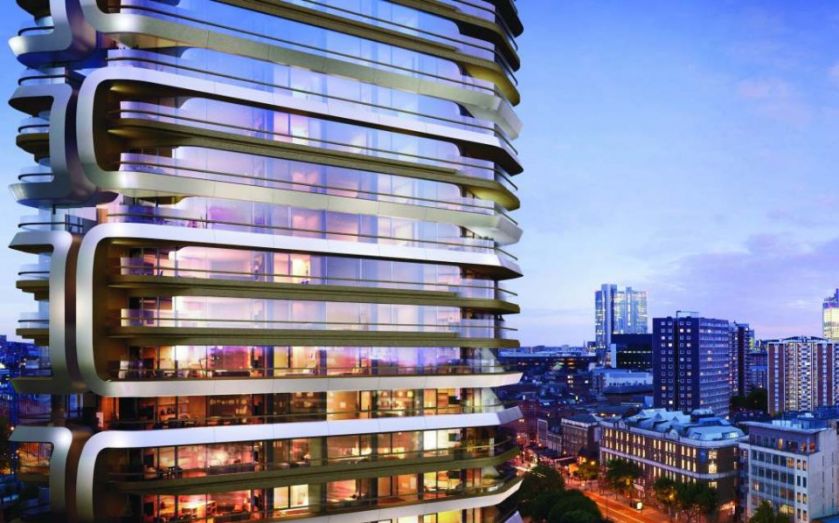 Architects are returning to the utopian idea of housing projects as selfcontained communities where residents are able to interact in social spaces. Only this time it’s a very capitalist dream
Here’s how most of us choose our homes: we pick an area we can afford, perhaps somewhere with a good school for the kids, or near to family. Then we think about practical requirements: how big it is, how many bedrooms it has, whether there’s a separate kitchen or a private garden or a big entertaining space. Next comes how you “feel” about it – whether it has lots of natural light, how tidy the communal areas are, if there’s a nice coffee shop down the road. We usually find out about the neighbours when it’s too late.

Designs for the Scotts Tower in Singapore, by Dutch architects UNStudio, which incorporates placemaking features such as a roof-terrace and communal swimming pool

Well, here’s some news for you: you’re doing it all wrong. The “social” elements of where you live will have a far greater impact on your wellbeing – and maybe even your life expectancy – than having a spare bedroom or a W1 post-code.
The buzzword du jour in residential property is “placemaking” and it’s happening all over London. Architects of new developments are creating self-contained villages with conference rooms, private cinemas and rooftop gardens. They utilise techniques used in creating public spaces like theatres and sports arenas, carefully analysing the flow of human traffic through a building. In a residential setting, this allows architects to manage things like which entrance a tenant will enter a property through and how often they’re likely to bump into their neighbours (see too few of them and you foster an atmosphere of isolation; too many and individuals fade into anonymity). New superdevelopments at King’s Cross, Stratford, Elephant and Castle, Old Street and Nine Elms are all devout practitioners of this resurgent architectural practice. 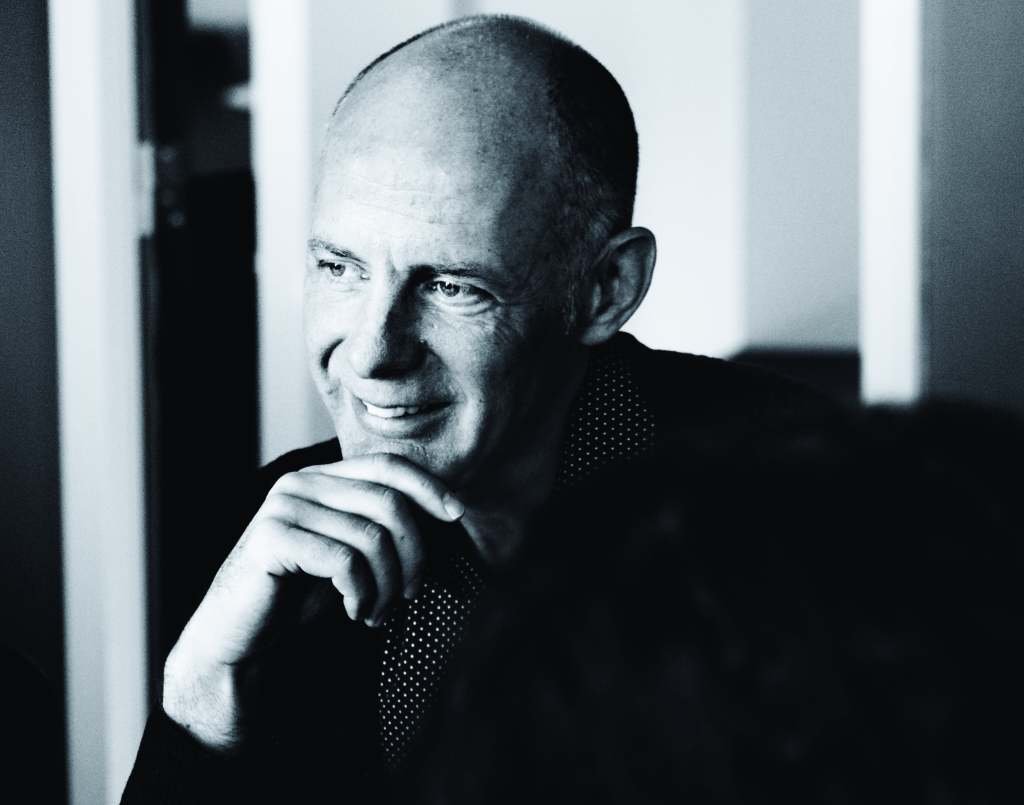 “We want to bring communities into the sky,” says Ben van Berkel, co-founder of the UNStudio, the global architectural firm behind the Canaletto development on City Road. “In residential projects we incorporate elements that encourage people to interact, where residents can say, ‘Let’s go to our own cinema’. We want it to be obvious that these are places where people actually live, where they have families. In Canaletto, social spaces were key. We wanted to include places where you can have a party or meet other people in the building. People don’t want to be isolated in the tower in which they live.”
These social factors can have a pronounced effect on our health and happiness, according to Dr Brendan Burchell, a Cambridge academic who has studied the psychological and sociological impact of housing. “In the past, [psychologists] have thought of architecture in terms of what’s wrong with it,” he says, “how bad housing can cause problems, rather than in terms of the benefits of aspirational architecture. But data shows how important it is to live somewhere that satisfies you; more important even than income. It’s not just the quality of a building or its location, but how that housing gives you access to a lifestyle, which is dependant on the people around you. There are very objective reassurances that these things are important: people who are satisfied tend to live longer, for example.”

The Mumuth music and theatre venue in Graz, Austria, one of the social spaces created by UNStudio

This isn’t the first time social cohesion has been at the heart of residential property planning: during the postwar building boom architects of social housing dreamed of a brave new world where people would form inner-city communities in which they’d live for the duration of their lives. A handful were relatively successful – the Barbican remains a coveted destination, with private flats comfortably changing hands for over £600,000 – but most are now seen as failed architectural and social experiments.
“In the 1960s and 70s the buildings were too rough in their organisation,” says van Berkel. “They were designed without enough amenities so there was no social cohesion. The raw materials weren’t good enough.” 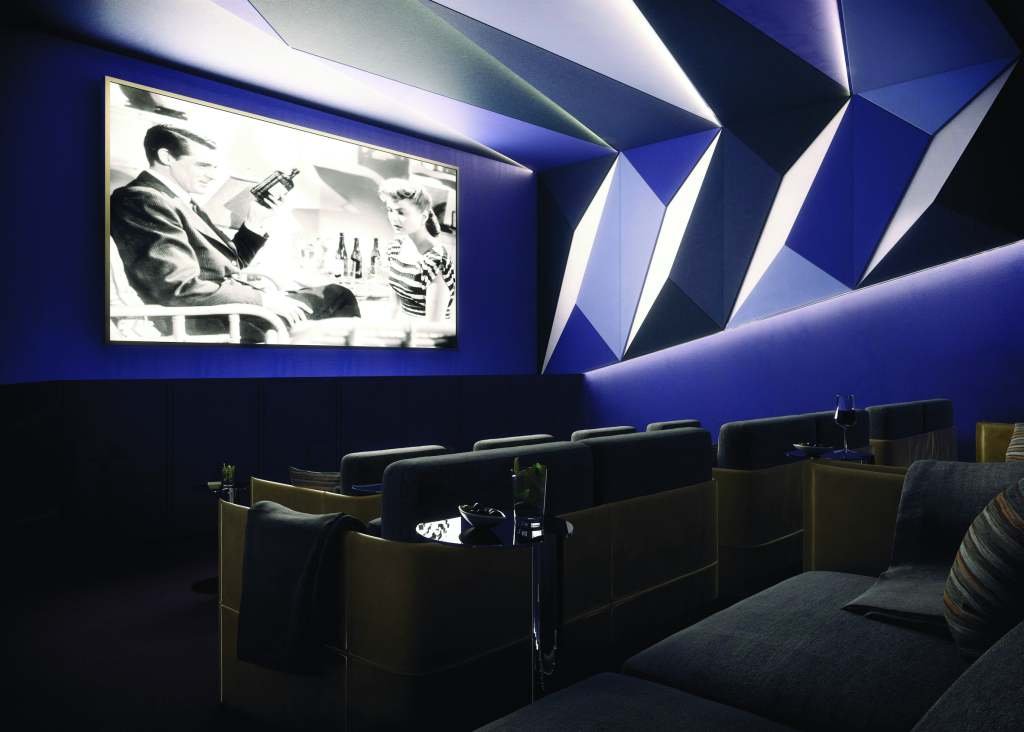 A residents’ cinema screen, which will be installed at the Canaletto building on City Road

This time, placemaking is a decidedly capitalist dream. New developments employ commercial headhunters whose job it is to attract artisan coffee shops and high-end delicatessens to sate tenants’ cravings for expensive caffeinated beverages.
The trend for placemaking is partly driven by changes to the way we live and work. Flexible contracts and remote working mean people are less likely to have a 9-5 office job, while young families are less willing to leave the city when they have children. “We’re far more flexible now,” says van Berkel. “A lot of people spend half of their time working from home, so spaces need to adapt to that. Our daily cycle is completely different to how it used to be. London is a creative city; we need to think about how we can get people sharing knowledge and working together.” 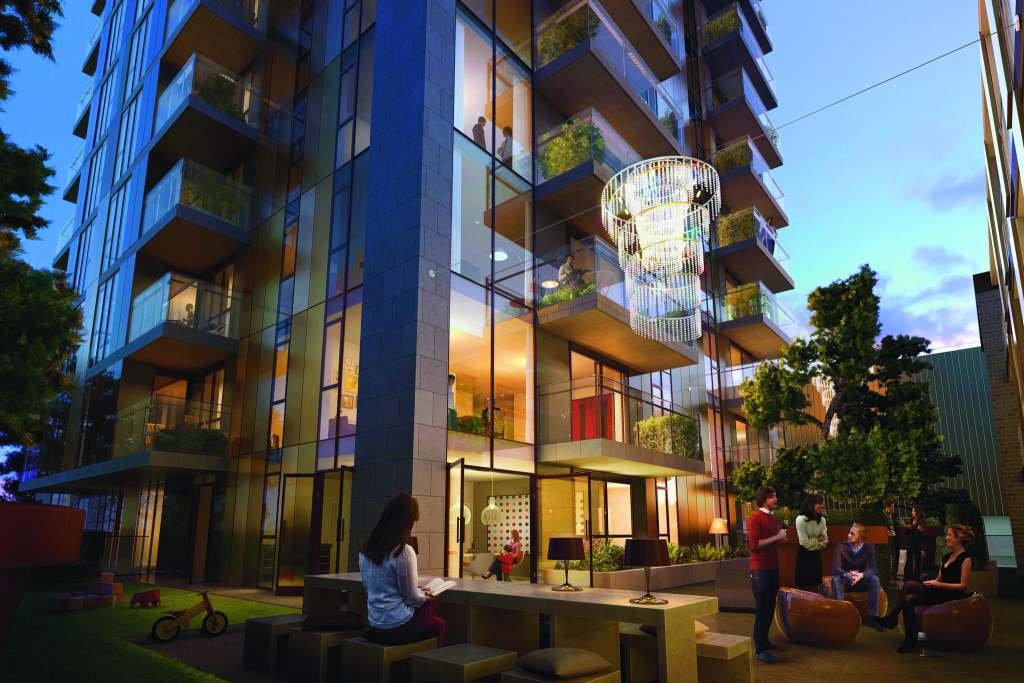 Placemaking also has a more immediate financial incentive. “If you don’t create this new type of value for the future then the value of your building will go down very quickly in the next two decades,” warns van Berkel. “People are willing to travel further for these kinds of developments and give a much higher priority to the type of ground they’re living on.”
Sales agents agree: “For many years, developments have been designed to maximise the net saleable area, which can generate relatively small, compartment-type properties with little sense of community,” says Richard Pine-Coffin, director of JLL’s City & East London Residential Development department. “But the increased provision of more architecturally-led schemes has seen recognition within the markets, and the subsequent demand for such homes is rapidly gaining momentum. Purchasers are looking for more than just an apartment or house; the surroundings are becoming more critical. A sense of community is essential, with purchasers embracing communal spaces such as terracing, residents’ lounges and work hubs.”

Kings Cross and Stratford are cited by a recent Savills report as placemaking success stories, having already created vibrant new communities despite being mid-way through their development. Savills also predicts comparable projects such as Barking’s Riverside development will lead to a surge in property values in the coming years. It’s not all plain sailing, though: a similar project in Paddington worked less well thanks to “little early investment in the wider environment”.
Wherever you are in London – and increasingly across the country – developments like these are popping up, each tailored to a specific clientele. If you’re planning on a move, perhaps it’s time to reassess your priorities: you’re not just investing in four walls, you’re buying a lifestyle.