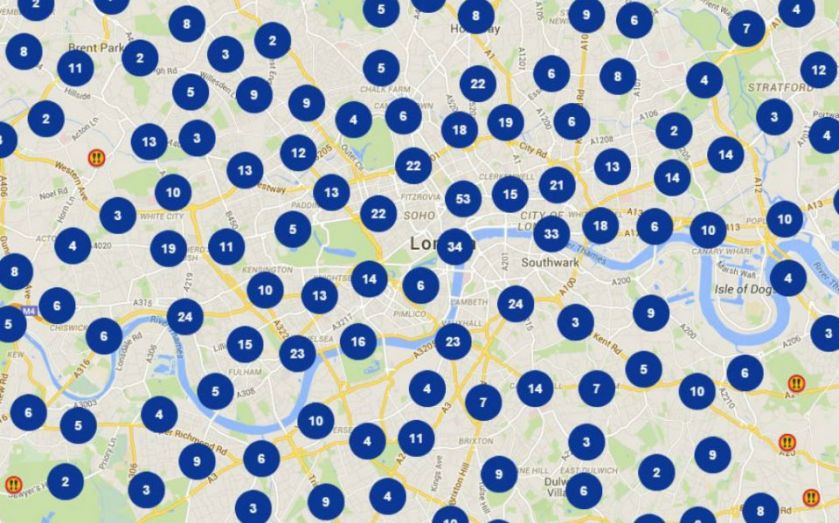 If you're a cyclist in London, then Transport for London have published an amazingly useful map which can warn you of the spots on your journey where you're most at risk of being involved in an accident.

The new interactive map, found at collisionmap.london, lays out the exact location of every single collision in the capital over almost a decade, including the seriousness of the incident based on injuries and the type of vehicle involved.

And while cyclists may find it especially useful, the data collected from TfL and the police also provides the most comprehensive visualisation of the capital's roads to date, highlighting the danger spots for those on foot, driving, or travelling by taxi too.

The new effort is part of TfL's push to promote road safety as new figure published today in its annual road safety report show the number of people killed or seriously injured (KSI), has fallen by seven per cent on the previous year, the lowest levels since records began.

The data behind the map will soon be made available to developers, meaning there could soon be even better ways to identify dangerous spots in the city than the new map, such as using an app on your smartphone.

Combined with GPS, developers could even create an app which sends you alerts when you're approaching a dangerous junction to make you more vigilant of potential dangers.

“This mapping tool will enable us to work with our partners and local communities to make significant improvements in road safety. Alongside major modernisation work at junctions, effective enforcement by the police and action to make lorries safer, this is one of many measures we are taking to further reduce the number of people killed or seriously injured on our roads,” said TfL's surface transport managing director Leon Daniels.

The data will also be used with other sources by academics, researchers, and TfL itself, to identify trends and help tackle road safety issues in London.