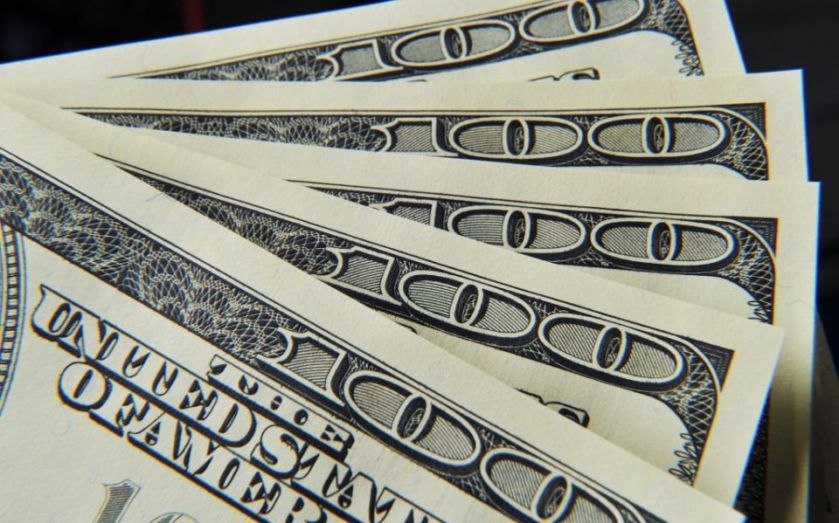 At the end of a week in which financial markets experienced immense volatility, advice on the underlying, structural issues afflicting the global economy came from an unlikely source.

While short-term concerns were soothed by comments from key figures at the US Federal Reserve, it was left to the so-called Islamic State (also known as Isil) to try to explain why global markets are headed for inevitable collapse.

Since declaring its Caliphate in 2014, Isil has spent much of the past year seeking to rid itself and the population it controls of the sins of the corrupted unbeliever.

From its “destruction” of the Sykes-Picot border dividing Syria and Iraq to its enslavement of Christians and Yazidis, the group has sought to roll back the clock to a time when, it believes, life was pure and led according to the “Prophetic Methodology”.

Enslaved by the dollar bill

No area of life is immune from this treatment. In late 2014, in the fifth edition of its Dabiq magazine,

Isil committed to “disentangle the Ummah from the corrupt, interest-based global financial system” by announcing that it would be minting a new currency based on the intrinsic value of gold, silver, and copper – heralding the return of the gold dinar.

As well as addressing an ideological shortcoming of the Isil project, based as it is in great part on revenue generated from the US dollar-denominated sale of oil, it also favoured a reversal of global financial developments and a turn away from “currencies that are no longer backed by any precious metals, and whose values are constantly manipulated by the central banks.”

Read more: Compare all the world's economies on this digital map

It is thus timely that, against the background of current market volatility, Isil’s media arm al-Hayat has released a near hour-long video providing further details of the new currency, including an extended explanation as to why the global economy, built on fiat currencies and the payment of interest (riba is deemed usury under Sharia Law and is therefore forbidden), and “enslaved” by the US Federal Reserve and a “piece of paper that came to be known as the dollar bill”, is headed for inevitable collapse.

The slickly produced video takes the viewer through a potted history of the development of currencies, from barter economies where trade is conducted with dates to the US dollar-based global economy we have today.

The video focuses particularly on the development of coins, used for their intrinsic value of gold, silver, and copper, and the way in which such currency allowed trade to flourish in the Caliphate of centuries past from Baghdad to Andalucía.

Read more: Capitalism is not in crisis – but China’s phoney model is

In contrast, it argues, the rest of the world was plagued by greed and indecency, as countries used their own currencies and banks charged interest on borrowings, profiting from money that belonged not to them but to their depositors.

This latter point is treated in detail, as the narrator provides viewers with an explanation of fractional reserve banking – the common way in which banks intermediate funds between those that have an excess and want somewhere safe to deposit them and those that want to borrow additional funds for their own use (paying interest in return).

As the narrator rightly points out, fractional reserve banking relies on confidence in the security of a system where commitments are not backed by sufficient underlying assets. If every depositor in a bank wants their money back at the same time, the resulting “bank run” will lead to the collapse of the bank in question and, hopefully (for Isil), the collapse of the associated economy.

Inevitably it is the United States and the Federal Reserve that attract the most scorn, heading as they do a capitalist system that is underpinned by the US dollar. It is this “piece of paper”, the “fraudulent US dollar note”, that the video purports the return of the gold dinar will undermine.

As the narrator makes clear, through a combination of rapid twentieth century economic growth and resulting financial power, the United States has made its currency indispensable, as trade, particularly in commodities such as oil, is most often conducted in US dollars.

To gather the dollars needed to import these valuable commodities, countries need to earn US dollar income by selling goods to the United States. Excess US dollars that commodity-exporting nations earn (a good opportunity for the narrator to bash Saudi Arabia) need to be invested, most often in bonds issued by the US government, thus supporting the debt-fuelled US economy.

Put simply, the narrator argues, without enslaving the world to the US dollar, the US economy would collapse.

While this satanic financial system has taken blows (cue footage of 9/11) and been bled by the extended conflicts in Afghanistan and Iraq, an approach that disrupts the very foundations of the US dollar is needed, an approach that, supported by some slick editing of worthy talking heads, can be achieved if the shackles that bind the global economy to the US dollar can be broken.

The return of gold and silver

Thus, having been beautified by Allah and decreed to be the medium of trade before they were usurped by bank notes, the time has come for the return of gold and silver as means of currency.

With this approach, the Caliphate will break from the shackles of the US Federal Reserve and “one state, built on faith, [will rise] to face this evil head-on, initiating a countdown to bring about the end of the petro-dollar system and the destruction of America itself.”

Of course, as with so much that is espoused by Isil, none of the inherent flaws in this argument are addressed: the volatility of the value of commodities such as silver and gold (a value set by US dollar-denominated international markets, even if Isil tries to decree its own); the fact that a 21-carat, 4.25 gram one dinar gold coin has an actual value today of $139; the practicalities of minting and circulating a new currency; and its non-convertibility for the purposes of trade (doubly difficult given it is issued by a designated terrorist organisation).

The video editing is slick, the ideal is alluring, but the concept is flawed and simply aims to feed Isil’s perverted narrative. As an economic model, “The Return of the Gold Dinar”, if it truly comes to pass, heralds a further backward step towards the dark ages for those that embrace Isil and its Prophetic Methodology.