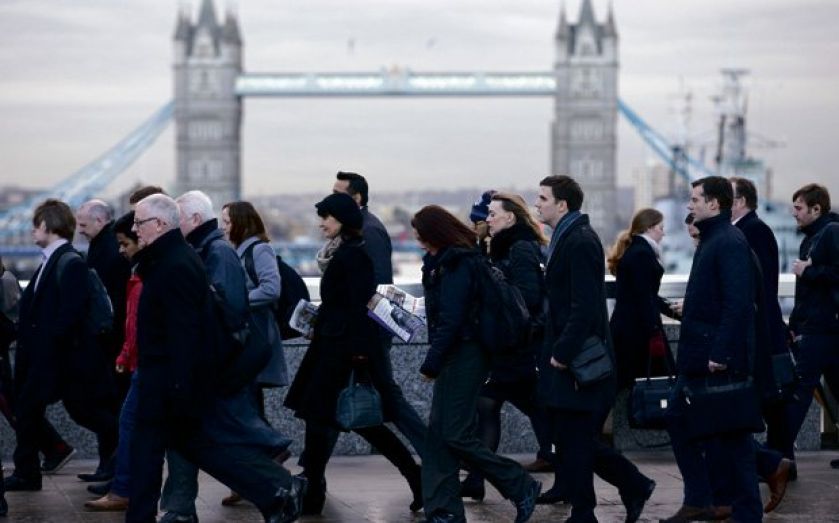 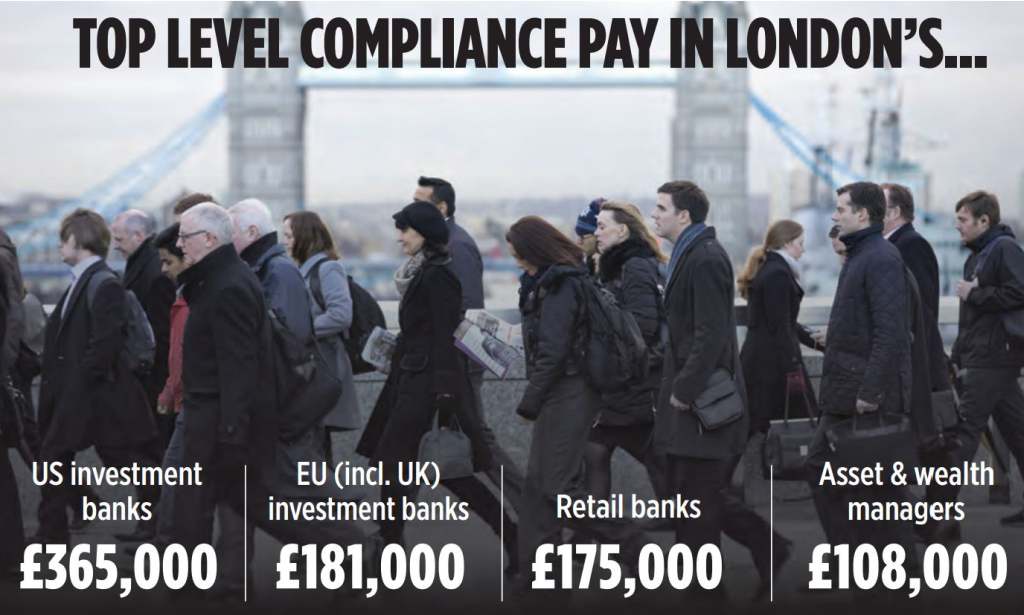 City workers who help companies cope with red tape are seeing their pay rocket, as a wave of regulations boosts demand for their skills.
Figures out this morning reveal that some firms are offering pay rises of 30 per cent in order to attract the staff they need
“The more niche the policy understanding required, the lesser the supply of that skill set,” said Ben Harris of City recruiter Morgan McKinley.
“This simply creates a war on salary and inflates everything.”
A “near endless stream of new  regulations” in some areas of banking have seen salaries grow by 20 per cent in the last year, the research said, citing MiFID 11, MAR, and the Senior Managers and Certification regime.
The average compliance professional working in a London investment bank can expect a combined salary and bonus of  £48,318 – nearly equal to how much an entry-level trader can expect to earn at £52,000,  according to workplace data service Emolument.
The nature of new rules, as well as their volume, may bear some responsibility for compliance workers’ rise in pay compared to front-office peers.
“If you look at the Banking Reform Act, which I was part of writing, we loaded more responsibility on to individuals,” Mark Garnier of the Treasury Select Committee, an influential group of MPs, told City A.M..
“It’s not inconceivable that in terms of trying to provide better regulation, we may have taken it [the risk attached to compliance work] to  a different level.”
Compliance recruitment within the wider banking and financial services sector has stayed buoyant throughout the first half of this year, according to Morgan McKinley
“After recent visits, the regulator has advised a number of businesses to increase their compliance staff,” Harris said.
A recent survey said that financial sector firms, in the wake of the General Election, felt that their top priority for the new government was to cut red tape.
Excessive regulation was blamed for causing financial firms’ productivity to stall, according to a survey from consultants PwC and the Confederation of British Industry (CBI), which represents 190,000  businesses.
Banks and life insurers told the survey that an increase in “non-productive” activities, such as regulatory compliance, was the most important explanation of the trend of weak productivity in their sector.
Alan Bannatyne, chief financial officer of City recruitment firm Robert Walters, recently told City A.M. that over-regulation risked creating an industry that could hinder the UK’s growth.
“I think it’s created a massive  scarcity of skilled individuals to  interpret the rules and put the rules into practice. It creates a whole industry which is effectively a tax on UK plc,” he said.
Yet the increasing number of rules has not stopped financial firms from pushing ahead with expansion plans. The number of financial services job vacancies new to the market in June was 12,990, Morgan McKinley said, up 56 per cent from May after a sharp dip during the General Election  period. The number of vacancies is also up 53 per cent compared with June last year.
Other figures given exclusively to City A.M. by job search website Adzuna showed that throughout London the number of vacancies was 3.5 per cent higher than in May.