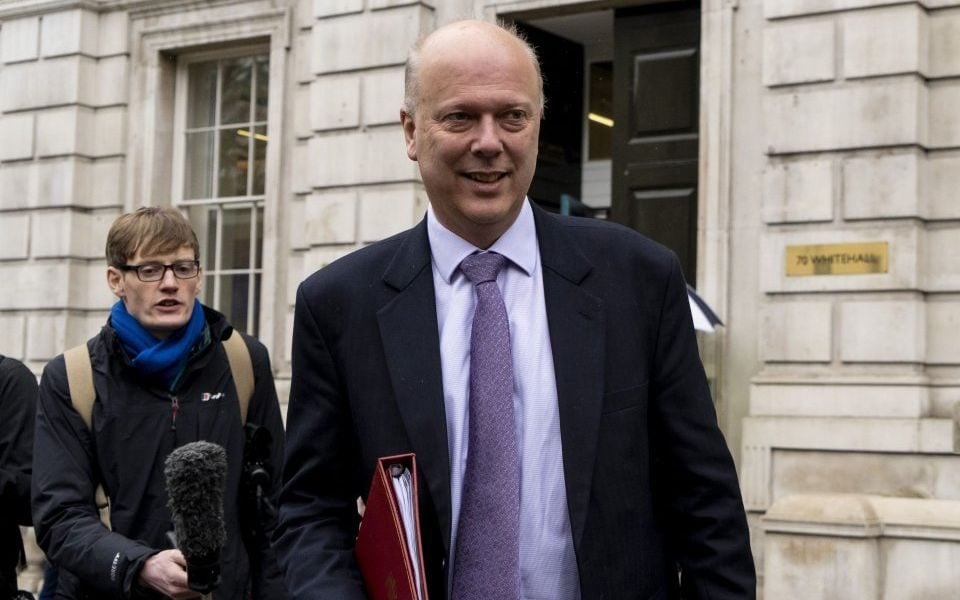 Beleaguered transport secretary Chris Grayling could be called to the stand to defend the government after Stagecoach formally launched legal action over its decision to disqualify it from three rail franchises.

After weeks of tension, Stagecoach formally launched legal action against the Department for Transport (DfT) over its decision to disqualify the firm from the East Midlands, the West Coast and South Eastern franchises last month.

The East Midlands franchise was instead awarded to Abellio after the DfT accused Stagecoach of submitting "non-compliant" bids in its refusal to share open-ended pension liabilities with the government.

As part of the proceedings, Grayling may be forced to give oral evidence in court to defend the decision.

The new legal claim is just the latest in a string actions launched against Grayling over his handling of procurement contracts.

The government has already paid out £33m to Eurotunnel over its decision to award a contract for running ferries in the event of a no-deal Brexit to Seaborne Freight – a company that owned no ships. Rival P&O Ferries has since said it will sue the government on the grounds that the money will go towards improvements at Eurotunnel that will put its services as a "competitive disadvantage".

The Stagecoach claim alleges that the DfT breached its statutory duties under the procurement of the new East Midlands rail franchise. It maintains that the DfT is wrong to ask it and other rail firms to accept the potential pensions risks attached to each of the franchises, which it estimates could be "well in excess" of £1bn.

Stagecoach, which currently runs the East Midlands franchise in partnership with Richard Branson's Virgin Trains, is also preparing a claim for judicial review of the government's decision to disqualify is bid and award the franchise to Abellio.

A separate claim has also been prepared in respect of the ongoing competitions for the West Coast and South Eastern franchises.

Stagecoach chief executive Martin Griffiths said: “We remain deeply concerned at the Department for Transport’s procurement of the three most recent rail franchise competitions and the rationale behind its decisions.

“Despite our continued requests for full transparency around these matters, many fundamental questions remain unanswered. As a result, regrettably we have had no option but to commence legal action against the DfT to ensure the serious issues involved and the DfT’s opaque decision-making are subject to proper public scrutiny.

“In view of the legal action we have taken today we believe it would be untenable for the DfT to proceed to sign any contract for the East Midlands franchise without a full and proper review of the procurement of that franchise to help restore public confidence in the process.”

Shadow Transport Secretary Andy McDonald said: “Just yesterday Tory ministers dismissed Labour’s warning that their bungling of the East Midlands rail franchise would result in the government being sued yet again. This is following Chris Grayling’s decision to award a contract to a ferry company with no ships, which has already cost taxpayers over £80m in legal action.

“Chris Grayling’s incompetence is breath-taking. It has thrown our transport networks into chaos and cost taxpayers tens of millions of pounds. Theresa May is the only person in the country who is still pretending to have confidence in this calamitous transport secretary, and it’s costing us a fortune.”

A DfT spokesperson said:  “Stagecoach is an experienced bidder who knowingly submitted non-compliant bids on all competitions. In doing so, they disqualified themselves.

“We do not comment on legal proceedings. However, we have total confidence in our franchise competition process and will robustly defend decisions that were taken fairly following a thorough and impartial evaluation process.”