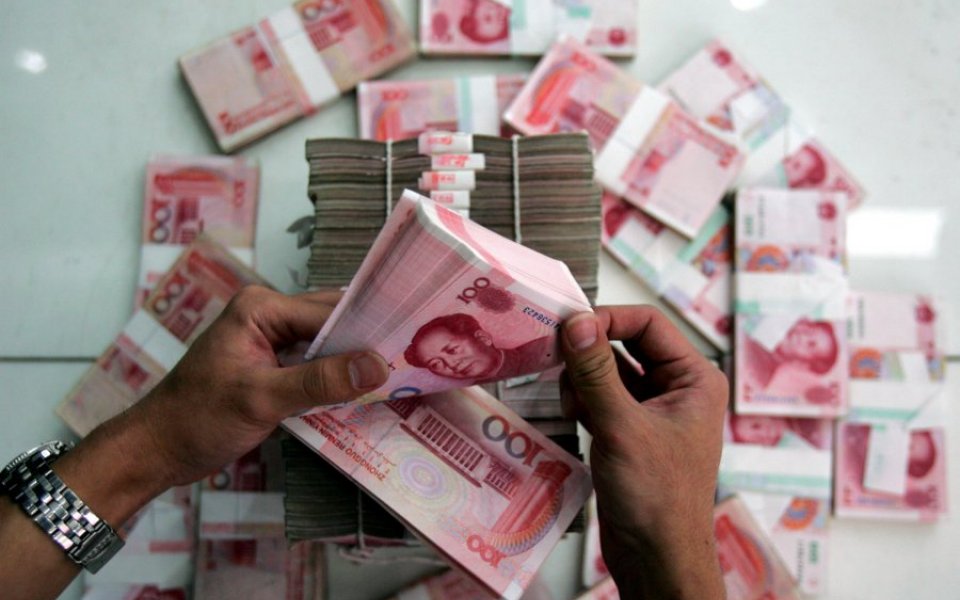 China's weakened yuan sent Asian share prices to their lowest level in four years yesterday, as investors panicked over the currency’s future direction. Ripples of bearish sentiment also hit the South African rand, which suffered its biggest one-day drop in seven years to reach a record low against the dollar.

The sell-off continued a difficult start to the year. The weaker yuan is one of a cocktail of factors which has driven stock market turbulence around the world. Investors are mistrustful of China’s ability to handle its slower economy, while global growth remains weak, inflation is barely evident and US interest rates have risen.

Now China could face a crisis akin to 1998’s Asian currency crisis, which toppled indebted economies and brought an end to a decade of solid growth in the so-called tiger economies.

“It is not far-fetched at this stage to draw comparisons with the Asian currency crisis of 1998, that occurred as economies with high levels of dollar-denominated debts were forced to devalue,” says Danae Kyriakopoulou of the Centre for Economic and Business Research.

“This, combined with the commitment by the Chinese leadership to give market forces a greater say, may mean that we will see many more corporate defaults in China this year.”

China’s households and corporates have amassed debt at a swift pace. The total outstanding loans for both stood at a record 207 per cent of gross domestic product at the end of June 2015, up from 125 per cent in 2008, according to figures from Bloomberg.

The situation now means China is awash with heavily indebted companies, at a time when the People’s Bank of China is steadily weakening the currency. It’s under further pressure from the market, which widely sees the yuan as overvalued.

Renminbi has been trading in a lower range since last August, when authorities decided to take a more liberal approach to setting the currency’s rate.

The People’s Bank of China announced it would take the level of the yuan at the previous day’s close into account when it sets the currency’s daily trading band, essentially taking the market’s views into account. Immediately the currency moved 1.9 per cent lower, and its downward trend has continued.

The yuan was set lower again as the year began, at one stage being fixed at the lowest level since 2011. But in response to the ensuing market drama, this week the rate has been fixed slightly higher. The move seems designed to reassure investors that the currency will not be a one-way bet.

But experts are still calling for renminbi to be weaker. The currency’s peg the dollar has driven it consistently higher over the last several years, and in a slower economy – and one that is less competitive – a relatively strong currency is a hindrance.

“The unfortunate reality for markets is that China’s slowdown is a multi-year phenomenon and its currency has to be allowed to weaken in order for China to have a decent chance of engineering a soft landing,” says Mark Burgess of Columbia Threadneedle.

While the currency is lower than last August, traders are piling on the pressure. This is best illustrated by the gap between renminbi’s two exchange rates, says Kyriakopoulou. The discrepancy between the offshore rate for the yuan, which reflects market views, and the official, onshore rate set by Chinese authorities, has widened to a record high. It shows the tension between two perspectives on where the yuan should be. “In theory, if there was a properly functioning exchange rate market there would be a barely noticeable difference between the two,” says Simon Smith of FXPro.

Chinese authorities have intervened to narrow this gap in recent days by tightening liquidity in the offshore market. It caused the cost of borrowing offshore yuan to spike yesterday, making it very expensive to short the yuan. It’s another sign that China is trying to keep the currency at its preferred level.

But controlling the currency comes at a cost. As the economy has been cooling and the currency looks set for further weakness, capital flight has intensified. Money has been pulled out of China at an accelerating rate and there were almost $1 trillion in outflows over the 12 months to November, according to RBS.

Authorities are trying to stem this by selling foreign exchange reserves to support the yuan, but that strategy is expensive – and some experts say it cannot continue indefinitely. Reserves fell to their lowest level for four years, at $3.33 trillion in December, according to figures from the People’s Bank of China. The data highlights that China does still have trillions in its warchest, which is arguably plenty of firepower to defend the currency. Nevertheless, some remain sceptical of how much more it can spend on defending the yuan.

“Questions of how long these measures can be sustained will worry many, especially in light of reports suggesting that stabilising the yuan cost China some $300bn of foreign exchange reserves in the past half-year,” says of Mika-John Southworth of FE. “If that continues, it may need to tolerate a bigger devaluation, which in turn would sap Chinese demand for imports and risk triggering the global currency war [which is] concerning investors.”

A more substantial weakening of the yuan would invariably put pressure on other emerging currencies – and Smith highlights the Brazilian real and South African rand as two of the most vulnerable. Emerging market currencies in general have been battered over the past few years, and it’s fair to say many are under-valued, says Smith. But that won’t stop traders pushing these currencies lower, he says.