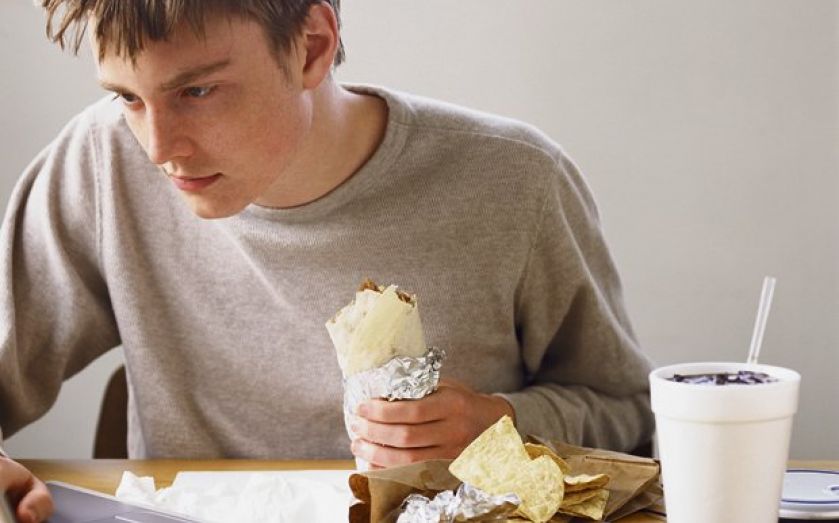 A MEXICAN food chain has come up with a more appetising way of raising funds for expansion after launching a retail bond that rewards its investors with burritos.

Chilango, which was founded in 2007 by ex-Skype executives Eric Partaker and Dan Houghton, launched the new “burrito bond” yesterday on crowdfunding platform Crowdcube to raise between £1m and £3m.

The four-year bond offers a fixed-rate of eight per cent in cash twice a year with a minimum investment of £500. All bondholders receive two free burritos and those who invest more than £10,000 are awarded a so-called Chilango Black Card entitling them to a free burrito each week over the next four years.

The cash, together with £650,000 left over from a recent £1.2m equity fundraising, will help fund the opening of three new restaurants in central London this year, two on Camden High Street and one in Soho.

Chilango, which currently has seven sites, is one of several Mexican food chains launched in the UK by burrito-enthusiasts over the past decade, including Benito’s Hat, Tortilla and Chipotle.

Partaker, who was inspired by a Mexican restaurant on his university campus in the US, said while Mexican outlets in the UK were previously centred on sombreros and cocktails, new restaurants were focused on serving better quality food.

Other chains such as Leon and retailers including Hotel Chocolate have launched retail bonds, but Partaker said Chilango was one of the first to tap every day investors through a crowdfunding platform.