CES 2021: Gadgets that wowed us in the first all-digital Las Vegas show 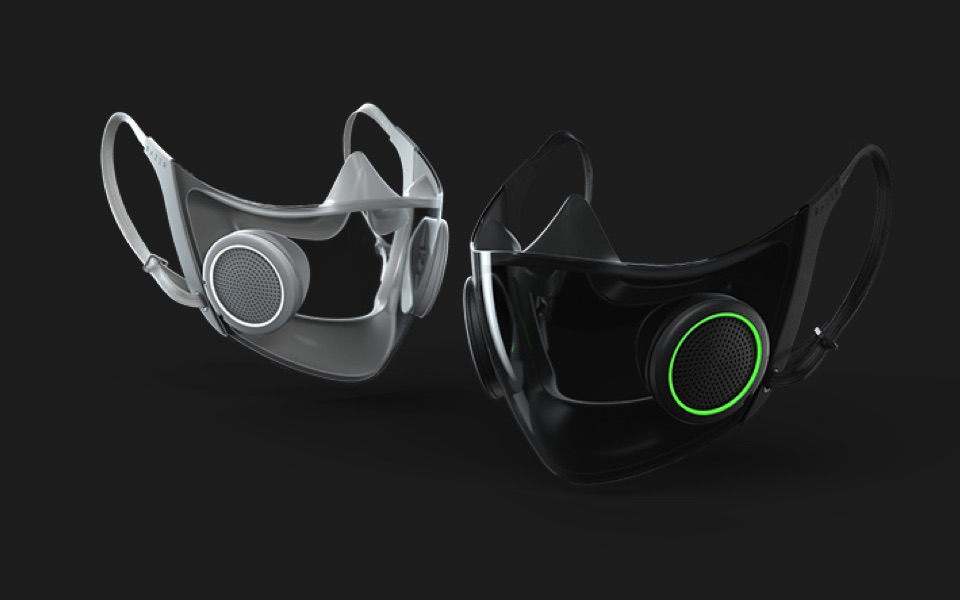 The first all-digital Consumer Electronics Show has come to an end, and while the event was a little more subdued than normal, there were still some gadgets on show that blew us away. Whether by virtue of their brilliance or their strangeness, here are the gadgets that caught our eye during CES 2021.

Razer is best known for making mad, LED-strewn gaming mice and keyboards for pro-level nerds. This, however, is a whole different kettle of fish, a genuinely impressive spin on the Covid mask, featuring a clear face-plate and voice amplifier. Designed to help facilitate communication in the post corona age, it’s also a medical-grade safety device that will protect you from the worst this polluted, disease-ridden world has to offer. And it also has LED lights.

Lenovo Thinkbook Plus Gen 2 i

There were plenty of impressive new laptops on display but the one that really had us scratching our heads was this bizarre creation – a laptop with an e-ink display attached to the lid. Designed to allow users to take notes on something approximating real paper, this machine answers a question we never asked but kind of wish we had.

We’ve seen rollable screens in various forms in tech demos in recent years, notably the rollable TV teased at last year’s CES. But this rollable phone from LG is particularly impressive, morphing from a phone-sized device to a tablet by rolling out the screen like a futuristic scroll. And taking it to an even higher level – this thing is actually real, and you’ll be able to buy it this year.

There’s a universe in which Apple’s former design chief Jony Ive didn’t design the iPhone but instead made a fancy telescope. And we’re pretty sure it would have looked something like this. A sleek, white ovoid from which a powerful telescope-cum-camera emerges, this is as much an objet d’art as it is a gadget and we would like to have one in our office, from which to gaze unto the maddening void of space.

One of the most talked about new devices is the BioButton from BioIntelliSense, a tiny “coin-sized” sticker you can discreetly wear beneath your clothing to continuously monitor your body for signs of Covid.

The makers say the BioButton will support the “safe return to work and school”, with the FDA-cleared device designed to be worn for up to 30 days of continuous vital signs monitoring. It is able to monitor your respiratory rate, heart rate at rest and skin temperature, providing you with a detailed daily “bio-report”.

A robot that can scoot around your house like a four foot Roomba, loading the dish-washer and collecting your dirty clothes sounds too good to be true, and it probably is. More a proof of concept than a viable consumer device, the Bot Handy is another two fingers up to all us suckers living in 2021, reminding us that we were born at the wrong time and that the future will be far cooler. Expect to see this one actually debut at CES 2050, should anyone still be around to see it.

In the post apocalyptic wasteland of the near future, a place ravaged by disease and climate change, there are unlikely to be many opticians.

But that won’t be a problem, because the glasses of the future will simply adapt to your vision. These tuneable specs are able to go from +2 to -5 prescriptions at the turn of a dial. Potentially useful for those who require different glasses for, say, reading and driving, it’s still early days for the technology and right now they look like the comedy glasses you might find in a joke shop. One to watch out for.

Donald Trump infamously suggested using light “inside the body” as a way to combat Covid. And while ultraviolet light can indeed stop the virus in its tracks, opening up the human meatsack to daylight would destroy more than just Covid.

Best to keep the virus-busting UV rays in the fresh air where they belong, which is exactly what the Targus UV-C LED Disinfection Light does, beaming its purple glow onto your mouse and keyboard and killing any nasties that have jumped ship from your filthy fingers.

A fuzzy companion robot that’s basically a grotesque stand-in for a cat. Consisting of a cushion-like body with an animatronic tail, Qoobo will respond to your strokes by contentedly wagging its tail. It can also respond to your voice, and has its own “heartbeat”. It will set you back around £100.

A few years ago the organisers of CES had to step in to limit the amount of smut being dragged around CES. Now only proper high-class smut cuts the mustard, like the selection of vibrators being sold by Lora DiCarlo.

Her trio of lady-pleasers – Drift, Tilt and Sway – are apparently made with a new nylon-based thermal conductive polymer that warms her ergonomic devices to body-temperature, ensuring you don’t chill your gooch during solo coitus. Superb.

As the severity of coronavirus began to sink in in the UK, the reaction of the average man on the street was to maintain his pristine behind, with thousands stockpiling all the loo roll while everyone else had to just tear pages from the local newspaper.

The super-rich and the Japanese just smiled nonchalantly, however, for they were already shielded from this reckless behaviour by toilets that spray one’s undercarriage. Sales of Toto toilets are said to have gone through the roof during the pandemic, with everyone wanting a slice of this brave new world. Toto responded by unveiling a new commode, full of bells and whistles and jets of temperate water.

Its new range has a focus on touchless tech and can analyse both your bum and your human waste to make cheerful recommendations about your diet (such as “eat more salmon”, apparently). How wonderfully dystopian.