CBI: Plain cigarette packaging vote is bad for the UK 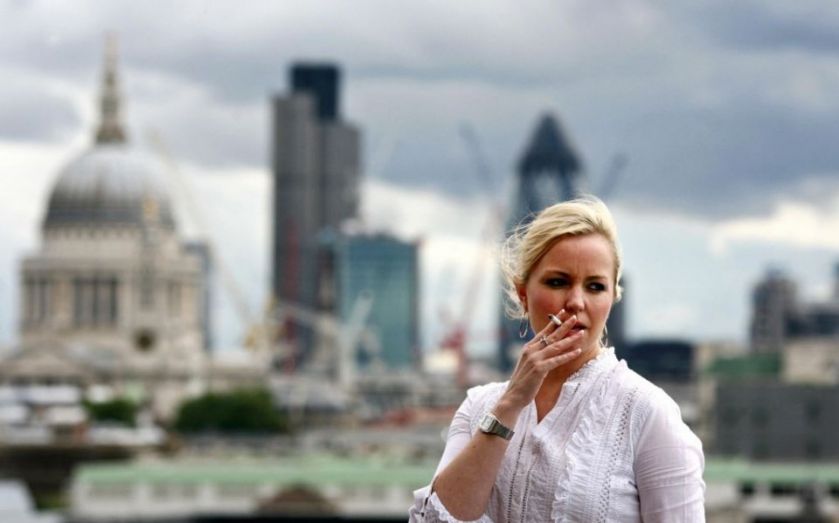 Britain’s top business group has urged parliamentarians to strike down government plans that would see cigarettes sold in plain, unbranded packaging from May 2016.The intervention by CBI director general John Cridland is a significant step for a major business figure to take so near to a General Election, and may damage the Conservatives’ claim to have the support of the business community.“There is a sound business case for voting against the proposals in parliament,” Cridland writes in City A.M. today.The proposal is also deeply unpopular with many Conservative MPs. Around 100 are expected to vote against the government on the issue later today.Cridland expresses fears over the potential fall out for Britain if tobacco firms are deprived of the use of their intellectual property (IP). He writes: “We have concerns about the impact of introducing a plain packaging policy for cigarettes on the UK’s global reputation for IP.”The same concern has been raised by Conservative critics of the plan. Many of the MPs who oppose plain packaging are concerned that major tobacco firms will mount legal challenges against the government due to the loss of their IP.Nick de Bois, the Tory MP for Enfield North, raised the issue when a committee of MPs discussed plain packaging on Monday. He told City A.M.: “Cridland’s comments are very welcome and spot on. The government has turned a deaf ear to the question of intellectual property rights, and they have done so at their peril. Not just to the cost to the public purse if legal action is successful, but to Britain’s reputation as the commercial centre of the world.”Major tobacco companies have confirmed that they are looking into taking legal action to protect their intellectual property if plain pack­aging is introduced, with a British American Tobacco spokesperson saying the firm “will unfortunately be left with no other option but to take legal action to defend our property.”A Department of Health spokesperson last night said plain packaging was a “proportionate and justified response” to “one of the biggest public health issues we face”.