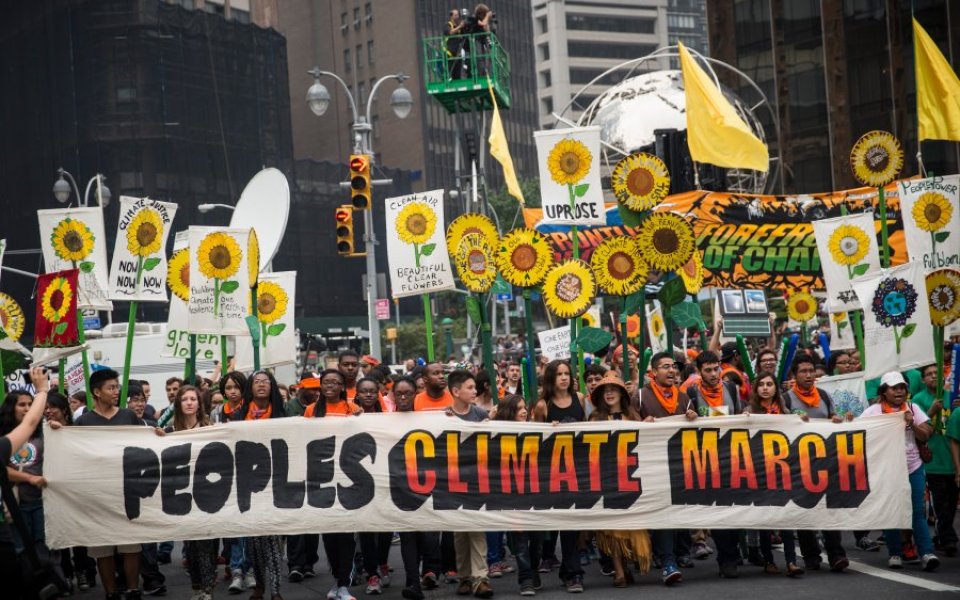 With world leaders gathering in Paris on the first day of the COP 21 climate summit, UK business has thrown its weight behind a strong global agreement to tackle climate change.

Current international agreements expire in five years, and leaders of over 190 countries have been tasked with producing a new deal covering the years after 2020, in what has been billed as the most important climate talks since Rio in 1992.

And it seems the City is backing them. Rhian Kelly, the CBI’s director of business environment policy, said that world leaders have “the full support of British business” in seeking an “ambitious, lasting climate deal”:

We all know there is no easy answer to climate change. But, business and industry are part of the solution – developing innovative new products and services, and leading the way in cutting emissions, to propel us towards a low carbon future.

Firms need confidence to invest in this future though, so the Climate Change Conference is a golden opportunity to create the long-term frameworks that businesses crave. This means a clear sense of direction, support for carbon pricing that can drive investment and getting finance and technology flowing.

Prime Minister David Cameron has previously argued that business has a role to play in tackling climate change. Setting out his priorities for negotiations at the summit, the PM said Britain would be looking to secure support for poorest countries and robust legal framework:

“The UK has a strong domestic framework to deal with the issue of climate change – a model which is being exported to other countries. I want to see a similarly robust system at an international level – one that recognises that an agreement in Paris is just the start,” he said.

Paul Polman, head of Unilever, is among those business leaders who have been outspoken about the need for a strong climate deal. Speaking at the conference One Young World, he argued that the cost of action would be “lower than the cost of inaction”:

More than ever we need leaders willing to confront the biggest challenge the world has faced. Leaders prepared to drive transformational, and not incremental, change. There is no bigger challenge today than climate change.