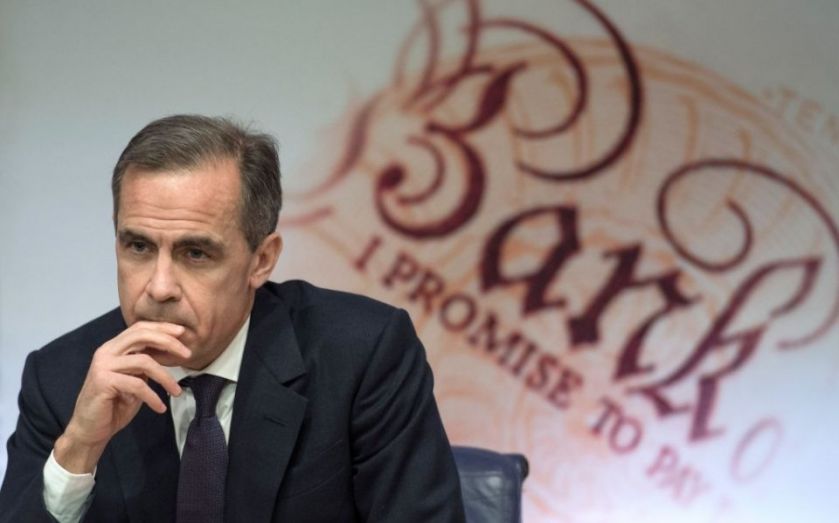 Bank of England governor Mark Carney yesterday implied that talks of a cut in interest rates nearer to zero were overblown. He also ruled out cancelling government debt held by the Bank to reduce the headline figure. Policy makers will “look through” falls in energy and food prices that would keep inflation below target this year, he said. “The thing that would be extremely foolish would be to try to lean against this oil price fall today,” he told a committee of members of the House of Lords. “The impact of that extra stimulus… would happen well after the oil price fall had moved through the economy and we would just add unnecessary volatility.” He said annual growth in consumer prices – the prices paid for goods and services by households – would stay at around zero for the rest of the year. The latest inflation reading was 0.3 per cent in January. The Bank recently said rates could be cut from their record low of 0.5 per cent to a figure nearer to zero if inflation threatened to fall further below target. Carney also dismissed an enquiry from former chancellor Nigel – now Lord – Lawson, who asked whether the Bank could write off the £375bn of government debt it owns as a result of its past quantitative easing programme. Such accounting wizardry would wipe a third off of the UK’s national debt. The Bank is owned by the government, so its holding of government debt is essentially the state holding its own debt. But Carney said that extra bank reserves had been created to purchase the debt it holds, and these reserves may need to be reeled in again. To do this, it would sell the bonds for reserves, and then erase the reserves – they are mostly electronic. In a similar vein, he said debt forgiveness in the Eurozone would pose a risk to the European Central Bank.