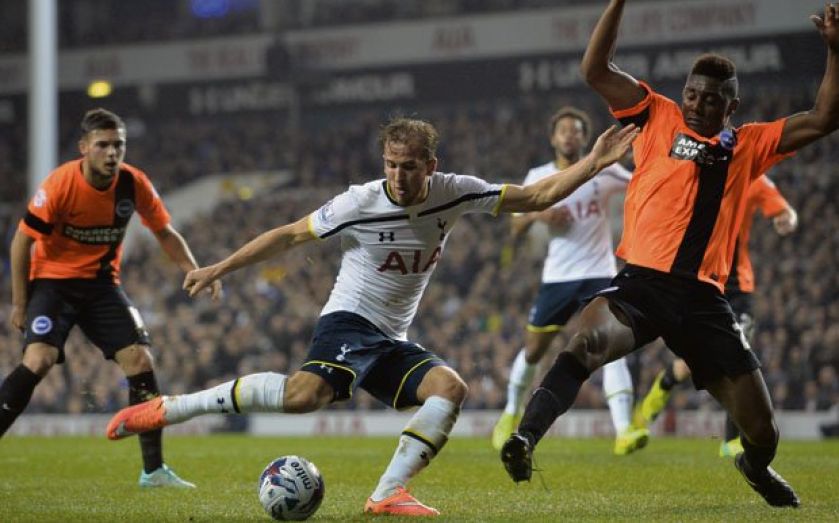 TOTTENHAM boss Mauricio Pochettino laughed off a half-time rant at Erik Lamela after the £30m playmaker inspired their progress to the Capital One Cup quarter-finals last night.

Lamela and in-form Harry Kane downed Brighton and set up a tie with Newcastle, but only after the Argentina star, brought on at the break, had felt Pochettino’s wrath.

The Spurs boss, still seething from conceding straight after the interval on Sunday against the Magpies, raged at Lamela for trotting out late for the restart — but made light of it later.

“I got angry because I remembered Sunday,” he said. “We got Lamela to warm up. He arrived late to the dressing room after the explanation of set pieces and positions, and after went to the toilet and arrived late. This was the problem and I got angry, yes.”

A Tottenham side featuring 10 changes only took control after the break when injured captain Aaron Lennon was replaced by Lamela.

He needed just nine minutes to open the scoring, his one-two with Roberto Soldado carving Brighton open before he finished low with his right foot.

Soldado rattled the bar before youngster Kane poached the second, his sixth goal in six games, following up after Casper Ankergren saved his strike partner’s effort.

Ties to be played w/c 15 December