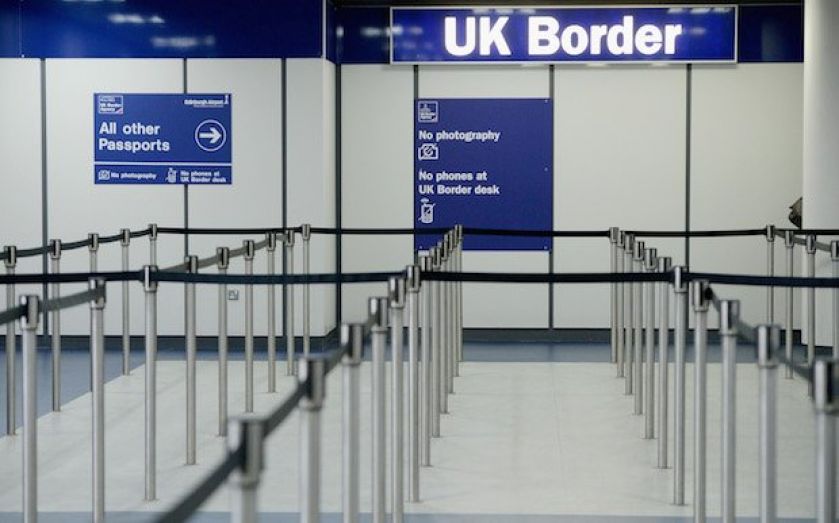 Last night, a Newsnight report claimed the publication of a much-anticipated cross-governmental report on immigration has been put off by Downing Street, because it points to immigration having a smaller impact than the government claims.

The BBC's detailed how Number 10 sources have said the report isn’t ready for release, but how, according to officials, it’s been ready since last year. The procrastination is due to the controversy – and significant awkwardness – it could spark.

Allegedly, it challenges a key figure used by the government: that for every 100 immigrants coming into the UK, 23 British workers lose their jobs. It suggests so-called “displacement” is, in fact, much lower.

It is worth noting that the report examines the potential impact of mass immigration and that, given the fact new immigrants are a minority in a (dynamic) workforce, it probably is proving difficult to crunch the numbers.

But regardless of intentions and hopes behind the report, the government too often seems determined to keep hold of the wrong end of the stick. Like the 76 per cent of adults polled by Ipsos Mori last year who think immigration is “too high”, its opinions on immigration frequently bear little similitude to fact.

Ukip leader Nigel Farage said this morning on BBC Radio 4 that the volume of labour coming into the market is too much and means lower wages “for millions and millions of people”.

But this isn’t the case. The view stems from taking what is seen to be happening and using that to make presumptions about what isn’t. I.e. an immigrant is seen “taking” a job which would otherwise go to a British worker, but that semblance allows people to forget that another job is created.

There’s also the fact that immigrant labour mostly comprises a different skill set to domestic labour. Immigrants are either very highly skilled or low-skilled. This is explained here by professor Ben Powell. Workers complement – rather than substitute – each other.

And crucially, it’s meaningless to quantify job losses, because it assumes pay is fixed and that the jobs market is somehow unaffected by the pricing mechanism. Neither is the case.

Weighing down the economy

Most economists – even those sceptical of immigration – agree there’s a net economic benefit. It’s not huge, but it is a benefit all the same.

A report from the Centre for Research and Analysis of Migration found that immigrants significantly improved the UK’s fiscal situation between 1995 and 2012. European migrants paid £2,610 more in tax than they received in benefits each year between 2007 and 2011.

Moreover, research by former HMRC official Michael O’Connor shows that migrant workers in the UK are far more likely to claim in-work benefits than out of work benefits.

It’s also a mistake to see benefits as “rightfully” routed to some people over others: the question of whether a certain group of people is taking out of the system doesn’t stand – beyond labelling them as a separate group – if they’re also putting into that system.

According to a report by the Centre of Entrepreneurs and DueDil out yesterday, one in every seven firms in the UK was set up by a migrant to the country, creating 14 per cent of British jobs.

Companies House figures show over 450,000 foreign entrepreneurs now live in Britain. And with 2.64m foreign nationals living here, that suggests 17.2 per cent of them have started their own businesses, compared to 10.4 per cent of employed UK nationals.