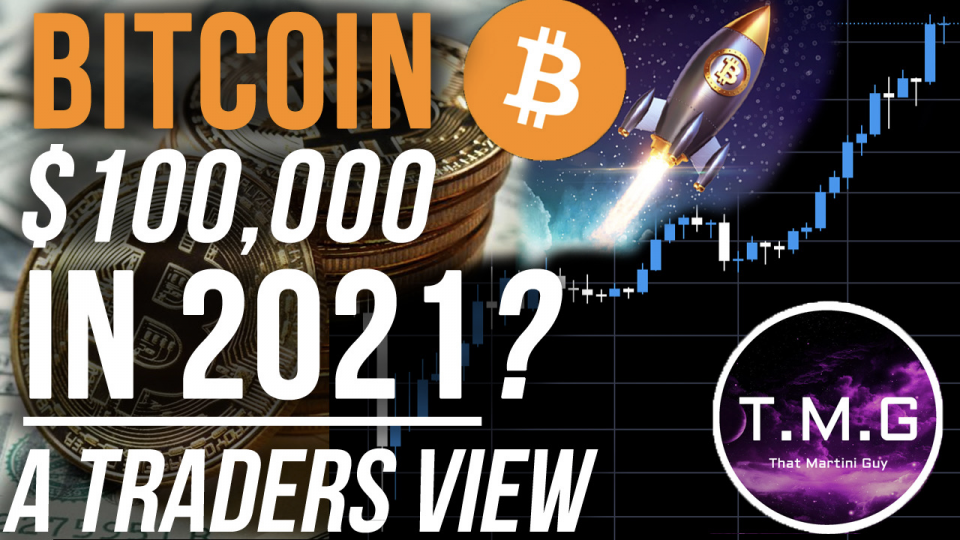 Over the past few weeks the price of bitcoin has risen astronomically with institutional adoption really taking off. There has been much speculation about whether this is a short term rally that will be swiftly halted by over-regulation in the USA or the start of a bitcoin bull run to $100,000.

Given that institutions are not slowing down when it comes to buying bitcoin with Microstrategy completing their $650 million bitcoin purchase with an average price per coin of $21,925 it seems that the bull run is just getting started and regulation will be no more than a minor hurdle with the new US government due to take over soon and bring a much more crypto-positive attitude.

So what comes next for bitcoin?

The price of bitcoin as I write is $23,400, having recently made a new all time high on Sunday of $24,400. The price of bitcoin has been trending sideways. Above $20,000 bitcoin has no price history, which means that there are likely going to be some volatile price movements between now and the new year. The natural volatility caused by trading in uncharted territory will be compounded by the fact we are now about to enter into the Christmas period, meaning that institutions will be staying out of work and essentially passing the keys to retail traders allowing them to drive the metaphorical bitcoin bus over the Christmas period.

Retail traders are yet to really come onboard with the bitcoin bull market in the same way they did in 2017 indicating we are still very early in this phase. This can be seen clearly by looking at a number of metrics. As somebody who makes cryptocurrency videos and posts them to YouTube every day, my subscriber count is growing, and my views are growing, but not as fast as channels were growing in 2017 by a long way! Even the biggest bitcoin YouTube channels only receive 60,000 views per video whereas in 2017 they were receiving 500,000. The Google trends data suggests bitcoin from a retail perspective is only about 25% as popular as it was in 2017. There are so many metrics that can be used to judge the popularity of bitcoin and it seems clear that bitcoin is yet to recapture its 2017 audience, never mind break into new demographics.

So much new money is yet to enter the bitcoin ecosystem. Early indicators include the fact that global banking infrastructure is treating bitcoin like a store of value and the recent rise of billionaire investors into bitcoin. Bitcoin is just at the start of this bull run. I expect to see at a minimum $40,000 per coin in 2021. If the Bitcoin stock to flow chart plays out then bitcoin could hit $100,000-120,000 during the course of this bull run. As soon as 2025 by way of stock to flow modeling bitcoin, the price could be as high as $1,000,000 per coin.

Bitcoin is the scarcest asset on earth and it is deflationary. More bitcoin has been lost already than there is bitcoin left to be mined, with an ever growing ecosystem and no chance of a network failure due to bitcoin being virtually impenetrable, the constant fresh stream of new market participants as well as the constant stream of companies converting their cash reserves into bitcoin to avoid inflation. Bitcoin has an amazing time ahead.

The rest of the cryptocurrency market

The cryptocurrency market as a whole is in a great place. Start-ups are booming, venture capital is investing heavily and buying pressure in the smaller more illiquid altcoin space is picking up significantly. Although I focus on bitcoin heavily, I have parked the majority of my investments into the altcoin space due to my previous successful investments in the altcoin market, and as a great way to acquire more bitcoin. Altcoins get more popular in bull markets as time goes on and people perceive the risk reward in the short term on bitcoin investments to be getting substantially worse.

I believe now is a great time to be investing in the altcoin space, in specific projects that I expect will perform well. Altcoins are highly speculative, they can lose 10% of their value one day and gain 40% the next. This is due to the illiquid nature of the market. As an altcoin grows in price, the price stabilises and the market becomes easier to predict and trade. In the early days for most projects, this is when they are at their most volatile. Similar to an IPO listing on the stock market, most of the price action ocuurs within the first week of trading before it stabilises.

I focus my altcoin investments around value generation. It is for this reason I invest in projects that have a strong token model, high amounts of engagement and excellent user adoption. A great example of this would be Swissborg. Since their application launched, they have added lots of new features to allow their customers more options. The combination of user adoption and quality application has cause the price of the CHSB coin to go from $0.06 on Oct 30th to $0.24 today. Another recent investment of mine is Elrond, a coin I have been invested in for a very long time building a large position size. Elrond recently shot from $6 per coin to $28 per coin in under 30 days! This is down to strong marketing, clear branding and a top quality product.

The not so secret formula

There is no secret formula to investing in cryptocurrencies. I treat it the same way I would investing in new companies. Lots of research, lots of analysis and even then there is no guarantee of success. There are charlatans that will try to get you to buy a magic formula, or a secret trading nonsense course. Ultimately the best way to learn about crypto investing is to watch crypto YouTube channels and Google everything. Every success story I know in crypto begins with falling down a rabbit hole on Google.