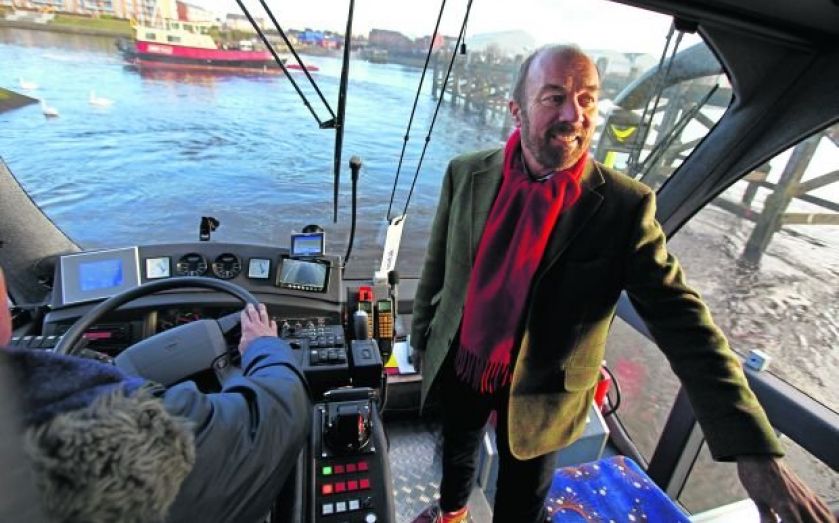 More than 200 Scottish business leaders yesterday published a letter in support of Scotland leaving the UK, one day after a rival group of 130 leaders had backed keeping the Union.

The letter was signed by some prominent figures including Stage­coach chair Sir Brian Souter and the former boss of William Hill, Ralph Top­ping. But critics pointed to the large number of smaller businesses, including guesthouse owners and family-run firms, that were included.

The signatories say successive Lon­don governments have failed to pay heed to the interests of Scotland’s $250bn economy, which accounts for 10 per cent of the UK total.

The letter was not without controversy as Derek Mallon, an executive at the FTSE 250-listed Restaurant Group, said his company’s name should not have been published. He told the Financial Times that his signature was “my own personal views on the subject [that] have nothing to do with The Restaurant Group and it was a misunderstanding that led to the company name being mentioned.”

Published in Glasgow’s The Herald newspaper, the letter states: “An independent Scotland will recognise entre­preneurs small and large as the real wealth and job creators of the nation’s economic future.

“It will place power in the hands of Scot­land’s people to channel the huge resources of our country in the interests of those who live and work here.”

They argue Scotland could flourish on its own, setting its own taxes, relaxing immigration rules and tapping the benefits of North Sea oil.

Meanwhile, a poll for the Scottish Daily Mail last night showed soaring support for the Scottish Yes vote rising to 47 per cent, up from 43 per cent on 9 August, following Monday’s second TV debate between First Minister Alex Salmond and former chancellor Alis­tair Darling, who heads the Better Together No campaign.

Chairman and co-founder of transport company Stagecoach, Sir Brian Souter, is one of the biggest names on the pro-independence letter. “We believe independence is in the best interests of Scotland’s economy and its people,” it states.

Sir George Mathewson, chairman of asset management firm Toscafund and former chairman and chief executive of the Royal Bank of Scotland, also added his name. Mathewson has in the past accused pro-Union supporters of scaremongering.

Carole Inglis, owner of the Isle of Skye Fudge and Chocolate Company, also added her signature to the list backing independence. The family-run business operates from a small lochside kitchen on the west coast of Skye.

Ann and William Angus, proprietors of the Clunie Guest House in Perth, also support Alex Salmond’s bid to win independence for Scotland and were one of a number of small businesses on the list published in the Scotland’s Herald yesterday.