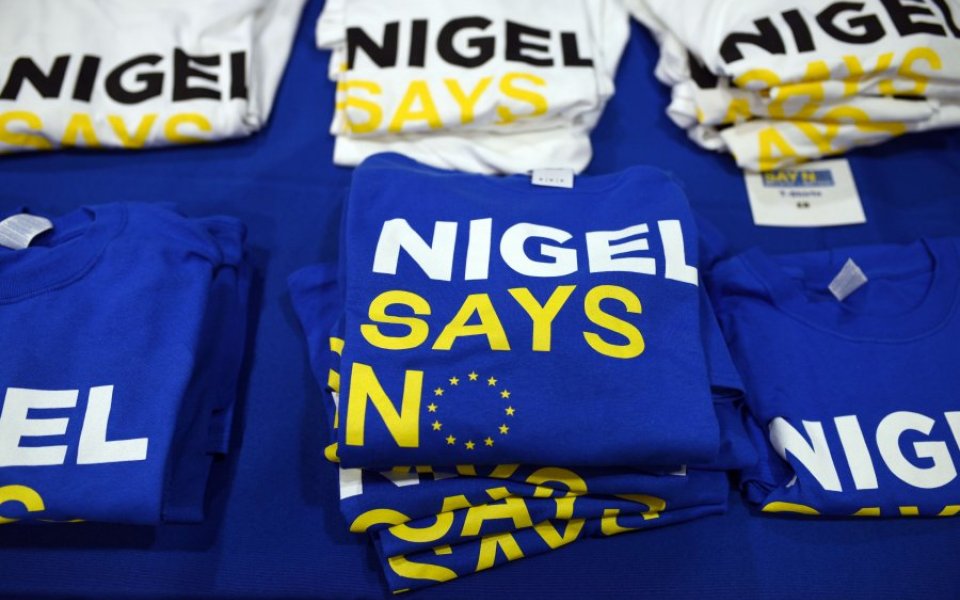 What are the economic implications of Brexit? Pro and anti-EU camps have been trading statistics for years about the number of jobs or level of exports linked to EU membership. It is a theoretical debate but, if Britain does vote to leave the EU, it will become very real.

Most recent opinion polls have showed the referendum result at 50-50, with the Brexit vote trending. A survey of top FTSE chief financial officers by Deloitte published yesterday showed a significant drop in support for staying in the EU.

In December, Prime Minister David Cameron had a good summit in Brussels in the sense that there was no confrontation. Friendly words flowed from the mouths of EU leaders, even if none can offer him Treaty change so that Britain can unilaterally decide who can live and work here from the rest of Europe.

The Prime Minister cannot be faulted for high profile visits to EU capitals to explain his case. However, as professor Matthew Goodwin, one of the UK’s top Brexit watchers, wrote for Chatham House: “Since Cameron has assumed a more prominent role in the debate, there has been no bounce in support for Remain” – the campaign headed by Lord Rose to keep Britain in Europe.

Seventy per cent of FTSE 350 firms told the Financial Times in December that Brexit would cause either “some” or “significant” damage to their business, but astonishingly only 4 per cent said they would actively campaign against Brexit. Only 18 of the 350 firms mentioned Brexit in their annual reports. Even by ostrich standards, Britain’s top businesses seem unwilling to confront what Brexit will mean.

Only a quarter of firms said they were making any plans in the event of Brexit. Former EU Commission official, Jacques Lafitte, who was responsible for planning the introduction of the euro and now heads a respected Brussels consultancy, Avisa Partners, advising firms and embassies in the EU capital on Brexit, said: “It is astonishing how little contingency planning is in place. We all hope Brexit can be avoided, but referendums can produce odd results and UK-based firms at least should do some preparation just in case.”

Every sector of the economy would be affected. The EU is laying down rules for the digital economy, for the new concept of a Capital Markets Union spearheaded by the British EU commissioner, Lord Hill, and has even liberalised the EU chimney sweeping market – a move welcomed by Britain’s National Association of Chimney Sweeps!

For the City, Brexit would be dramatic. The City has a bigger share of euro-denominated foreign exchange trading than the Eurozone. The City and Mayfair account for 85 per cent of Europe’s hedge fund assets under management, over 70 per cent of OTC derivatives traded, and 51 per cent of marine insurance premiums.

Since 1998, 603 major overseas firms have opened EU headquarters in the UK. On the assumption they can trade fully and freely in the EU’s single market of 500m middle class consumers, 1,300 Japanese firms have invested here.

Nine out of ten banks in the British Bankers’ Association are foreign owned. Outside the EU, they and British banks would lose their “single EU passport” which allows financial services operators legally established in one member state to establish or provide their services in the other member states “without further authorisation requirements”, as the EU Commission puts it.

In plain English, that would mean every UK-based bank, insurance company, investment fund and other financial industry firm would have to open a major operation in an EU country in order to qualify for the EU’s “single passport” to trade across the single market.

From Galway to Frankfurt, estate agents are rubbing their hands at the bonanza of relocated British-based financial industry firms that would result from Brexit.

Following Brexit, the 27 remaining EU states are unlikely to want to do any favours for a Britain that had surrendered to the anti-EU arguments of Ukip.

On the contrary. Expect all non-UK business interests – banking, insurance, investment funds, traders in euros – to seek to get as much business for their own capitals and countries as they can.

This is likely to be the year of the EU referendum. Will it also be the year when business starts serious contingency planning over the chance that Britain will say Adieu to Europe?