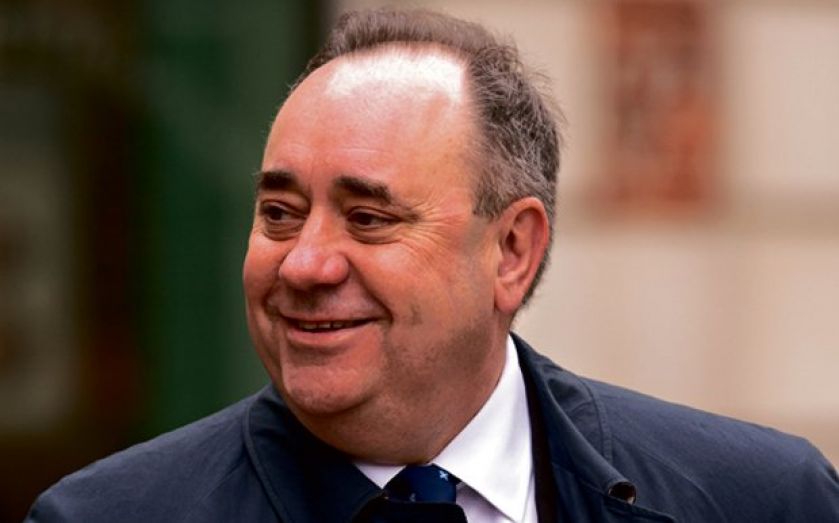 THE CBI’s decision to withdraw from active participation in Scotland’s referendum is a major blow to the pro-union campaign. Scottish voters’ perceptions of whether they’ll be richer or poorer with independence will heavily influence how they vote, and what businesses say matters.

There isn’t much room for error. The latest ICM poll shows the pro-union campaign leading by 42 per cent to 39 per cent, with 19 per cent undecided. Meanwhile, although 41 per cent think independence will be bad for the economy, 37 per cent think it will be good. The polls have recently tightened, as people have expressed greater confidence in an independent economy.

To be sure of victory, Better Together must win the economic argument decisively. The Treasury took the right decision to make it clear an independent Scotland couldn’t keep the pound, injecting the frightening prospect of joining the euro into the debate.

Yet vital as these announcements are, the campaign needs the voices of Scottish businesses to bring home the reality of such economic decisions to ordinary voters. Using credible, independent firms to deliver the message that an independent Scotland will be poorer is one of the most powerful things the pro-union campaign can do.

The CBI was perfectly positioned to do this. Along with publishing useful popular materials, its pro-union campaign could have used its vast list of members to deploy a steady stream of business people into the TV studios to say “independence will make us poorer”.

With the CBI out of the game, political parties and the official Better Together campaign should pool resources to create a bespoke operation that mobilises business voices. Furthermore, senior politicians should press all their business contacts to make their voices heard, telling them they will provide aggressive support when the SNP attack.

In doing so, the campaign has to move a mix of businesses. The media is always obsessed about hearing from the biggest firms, and has devoted substantial coverage to the likes of Shell and Standard Life expressing concerns about independence. This provides extremely useful background noise. But from a public perspective, people often trust small and medium-sized businesses most of all – those who they believe really keep their local communities going.

The CBI’s position is disappointing. On its own website, it says its mission is “to promote the conditions in which businesses of all sizes and sectors in the UK can compete and prosper for the benefit of all.” It says it doesn’t want to be a political organisation, but this is hardly a conventional political campaign.

Its decision reflects a wider problem – not enough people are taking this campaign sufficiently seriously. We are a little over four months from one of the most important votes in our history – one that will deeply affect our political, diplomatic and military role in the world, as well as the prosperity of the country. And yet Westminster remains as focused as ever on day-to-day trivia.

We have seen sporadic speeches and policy announcements from the Prime Minister and the government machine, but these have not amounted to any sustained campaign with a discernible strategy. Westminster politicians, particularly posh English Tories, are said to be nervous about engaging in the campaign and having a negative effect. That is reasonable. Scottish voices should be the loudest. But this campaign needs more than a negative message on how Scotland will be poorer, powerful as that message is. Even a strong business voice is insufficient.

This is, after all, a vote about the future of our country. It isn’t credible to pretend this is a straightforward business transaction where people’s calculators play a bigger role than their hearts. That isn’t how people vote. People are driven by more than self-interest. They care about their country and the people that live in it. Unfashionable as it sounds, patriotism matters to most people, along with a vision for a society that is prosperous, fair and full of opportunity.

With that in mind, David Cameron, Ed Miliband and other senior Westminster politicians have no choice but to help craft a strong defence of Britain’s history, and, more importantly, a positive vision for the future. They need to make Scottish people feel something for the country in which they share a part.

If the pro-union campaign doesn’t do this, you can be sure that Alex Salmond will. The SNP have only touched on so-called “Braveheart” language, focusing on nuts and bolts issues instead. At some point, when they feel they have started to neutralise practical issues like the economy, they will seek to overlay their campaign with an emotional argument that pushes them over the line.

Better Together needs a fusion of practical arguments and emotional appeals. There is no shortage of material to use. But it requires politicians and businesspeople to see this referendum for the historic vote that it really is and to act accordingly.

James Frayne is a communications consultant and author of Meet the People, a guide to public persuasion.