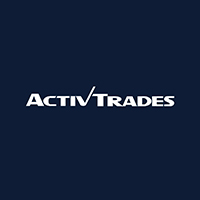 Ernst Hemingway once wrote that bankruptcies happen gradually, and then suddenly. Such words seem appropriate to describe the fate of Evergrande, one of China’s largest real-estate developers, that appears set to default on debt interest repayments.

It had been known for months that the giant Asian firm was experiencing severe difficulties caused by a slowdown in the Chinese real estate sector, due to the pandemic. What wasn’t as well-known was the scale of the problem. However, by mid-September it became apparent that the firm didn’t have enough liquidity to pay interest on two bonds, which together represented almost 120 million US dollars, both due on Thursday September 23.

Shock waves started reverberating throughout the world, as fears grew that the potential collapse of Evergrande could bring down the country’s entire real-estate sector, the most important in China’s economy. It could even drag along with it a huge number of ancillary businesses, suppliers and investors, potentially contaminating the entire US dollar denominated Asian bond market. A scenario reminiscent of the Lehman Brothers collapse, in 2008, that triggered the most severe financial crisis since the great depression of the 1930’s.

The root of the Evergrande problem can be traced back to the way Beijing’s authorities had until recently tolerated the aggressive financing schemes used by some of the country’s property companies. High annual GDP growth in China has been more than an economic target, it is a strategic political objective, with construction as the main driver behind the expansion. However, such nominal growth isn’t sustainable in the long term, as illustrated by the many vacant apartment blocks that are never sold; it is estimated that there is enough empty accommodation in China to house 90 million people! And, the scenario likely to deteriorate in the future, due to the expected decline in population. Nevertheless, despite the saturation of the market, developers continued to build, financing themselves by attracting local and foreign investors, with bonds generating income of 10% and more a year.

As the systemic risk posed by the sector became clear, the government of President Xi Jimping legislated to bring leverage in the property sector under control, setting up 3 red lines on debt levels, which if crossed would render further borrowing impossible. Ironically, despite being put in place to achieve precisely the opposite, these red lines are the reason why Evergrande is facing the current liquidity crisis, as the firm crossed all three and is unable to raise the capital necessary to meet its short term obligations.

This crisis is unlikely to become China’s ‘Lehman Brothers’ moment, but applying the breaks on the financing of the construction sector, bringing to an end the so called ‘build, build, build’ model, will downgrade the Chinese economy’s growth prospects, with yearly GDP expansion likely to drop to around the 4% mark. It is, nevertheless, a wise strategy, accepting lower levels of growth in exchange for a more sustainable model that should, in the long term, deliver greater stability.

Find out more at https://www.activtrades.com/en/