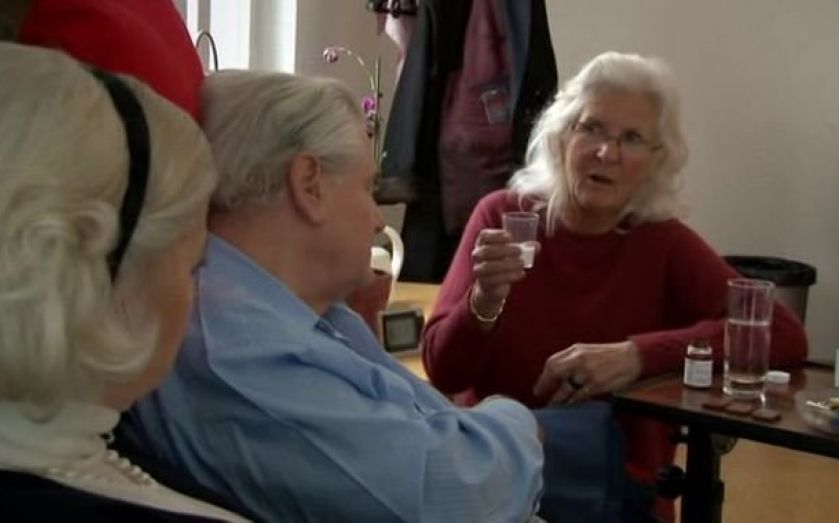 Brits accounted for nearly a quarter of assisted deaths in Switzerland in the last four years, with the total number of what academics have dubbed “suicide tourists” doubling in that time.
According to a study published in the Journal of Medical Ethics, 126 UK citizens travelled to Switzerland to receive assistance while taking their own life between 2008 and 2012 – more than any other country except Germany, which accounted for 268 cases.
Other countries in the top 10 included France (66), Italy (44), USA (21), Austria (14), Canada (12), Spain and Israel (each with 8).
Annually, between 23 and 29 Brits made the journey, but there have been sharp increases in numbers from countries such as Italy and France.
Dignitas, which was the subject of a BBC documentary fronted by Terry Pratchett in 2011, was the most common destination, with all but four of the 611 ending their days at the organisation.
People were aged between 23 and 97, though the average age was 69, and the most common conditions included paralysis, motor neurone disease, Parkinson’s, and multiple sclerosis. Cancer and rheumatic diseases were also listed.
Women were 40 per cent more likely to choose assisted dying than men,  accounting for 58.8 per cent of the cases.
Virtually all the deaths were caused by taking sodium pentobarbital, though four people inhaled helium — apparently an “excruciating” way to go and one which, after widespread reports of the process, led to a temporary dip in the numbers, the study found.
The team of researchers, led by Saskia Gauthier, suggested the phenomenon of “suicide tourism” had prompted discussion around legislative changes in countries including the UK and Germany.
But commenting on the study, Oxford University doctor Charles Foster argued this had instead been brought about by familiarity with the concept and a sense that “there is something intellectually, if not morally, uncomfortable, about getting another country to do your dirty work”.