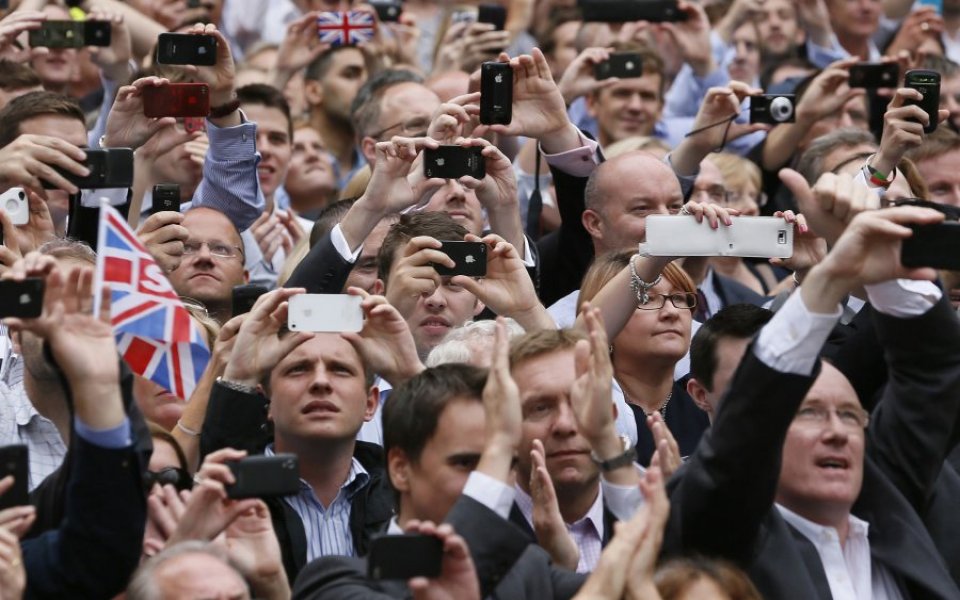 For some commuters, walking into lampposts is a daily occurrence as we can't take our eyes away from our mobile screens, but has Britain's love affair with technology gone too far?

Britons now touch their phones every four minutes throughout the day, according to new research.

We interact with our phones 253 times a day, constantly opening different apps, checking updates and sending messages. The study from Direct Line found that we're spending over two hours a day starting at our screens, taking up 12 per cent of our waking day.

Despite being so emotionally attached to our devices, it's not the "phone" function that people are hooked on.

According to the study, most of our time is spent checking Twitter and Facebook, as social networking apps make up around a quarter of our smartphone use.

Making calls came second, with 13 per cent of our time spent chatting, while Brits seem to spend as much time texting as they do fiddling about with their phones' settings, as both take up 12 per cent of our smartphone usage.