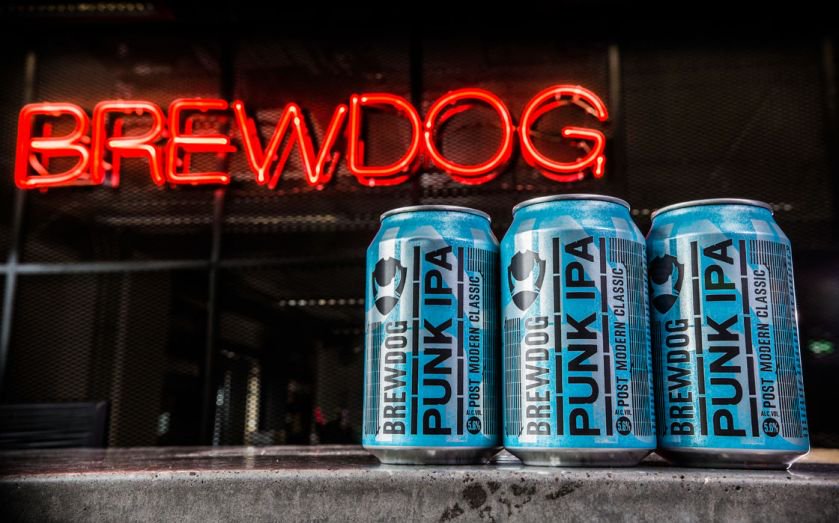 In its well-documented climb from independent disruptor to industry giant, craft beer brand Brewdog has successfully created a unique name for itself, now sitting at the top of the shelf alongside major industry names.

When it comes to shock factor, Brewdog is rarely one to hold back. Back in spring the brand was criticised for its ‘Pink IPA’ marketing campaign – a pink branded beer for women.

While the campaign was in fact a satirical attempt to highlight the issues within gender specific marketing, many rushed to describe it as a ‘cynical marketing stunt’.

Now, Brewdog’s latest controversial campaign targets rivals such as Stella, Budweiser, Foster’s and Carling with mocking ads. Using website RateBeer.com, it has gathered consumers’ scores of popular lagers and compared them to its own, much higher score. Some headlines include digs at the different brand’s slogans, such as “Good call, Fosters” and “Wassup, Bud?”

YouGov brand tracking data shows that the brand’s ad awareness (whether someone has seen an advert for a brand) has risen from two to seven. Not only that, but it’s managed to get people talking, with word of mouth (whether you have talked about a brand among friends of family) rising from three to seven. 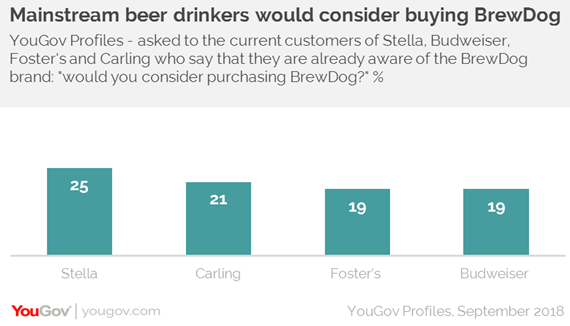 With Brewdog already dominating the craft beer industry, it is now looking to take on high-profile mainstream beer brands.

Almost eight in 10 (78 per cent) current customers of Budweiser (the lowest scoring of the brands in the campaign) say that they like to try new drinks – which certainly poses a worry in this case.

So the data shows that Brewdog has made a well-judged move, as there is a substantial proportion of mainstream beer drinkers who have the potential to be swayed. The bold ad campaign has achieved cut-through – and the brand will now be looking to capitalise on it.