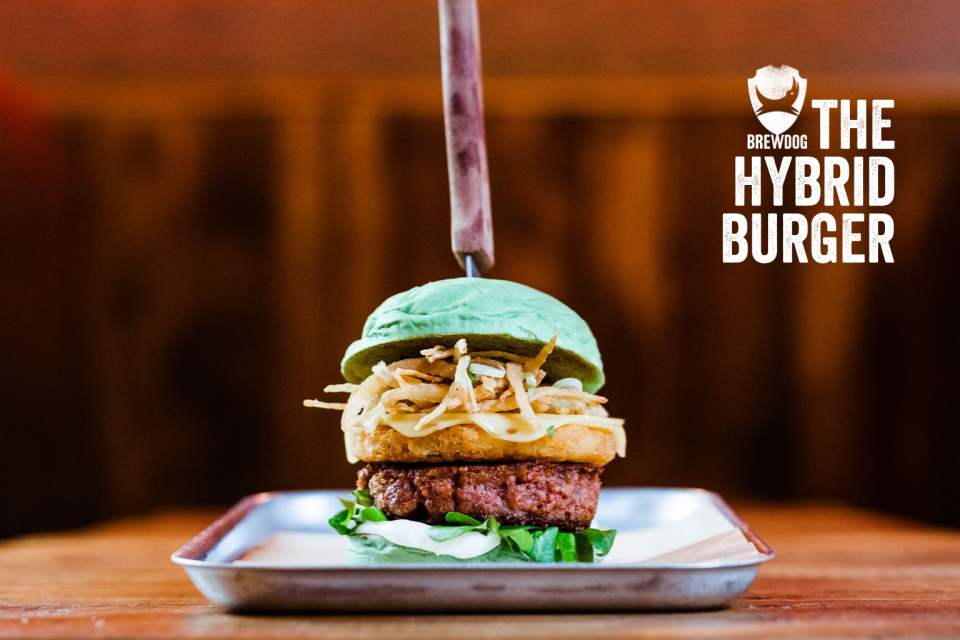 Brewdog has been left with its tail between its legs after the launch of its new hybrid burger prompted a social media backlash from sceptics.

Baffled customers took to Twitter to express their bewilderment at the pub chain’s new creation, which contains both a beef patty and a plant-based patty.

Brewdog boasted that its new product, which uses a burger made by popular vegan food firm Beyond Meat, was “50 per cent less meat, 100 per cent delicious”.

But social media users told the hipster brewery it was barking up the wrong tree, with many questioning the purpose of the hybrid hamburger.

“I do enjoy the idea of eating a Beyond Burger to see how it actually compares to real meat, but when it’s 50/50, what’s the point?” wrote one Twitter user.

Another joked that the burger should come with a drink, “maybe half Coke/half Diet Coke?”

In response, Brewdog said: “We’ve seen a growing demand for alternative proteins, and we already stock vegan friendly options in all of our bars, but we wanted to do something for flexitarians – people looking to cut down but not totally stop eating meat.”

The launch is the latest vegan push by the brewery and pub chain, which now has vegan and vegetarian food and drink options at all its branches and operates discounts on meat-free mains every Monday.

Earlier this week the chain announced that its Dalston site will be the first Brewdog bar to go fully vegan.