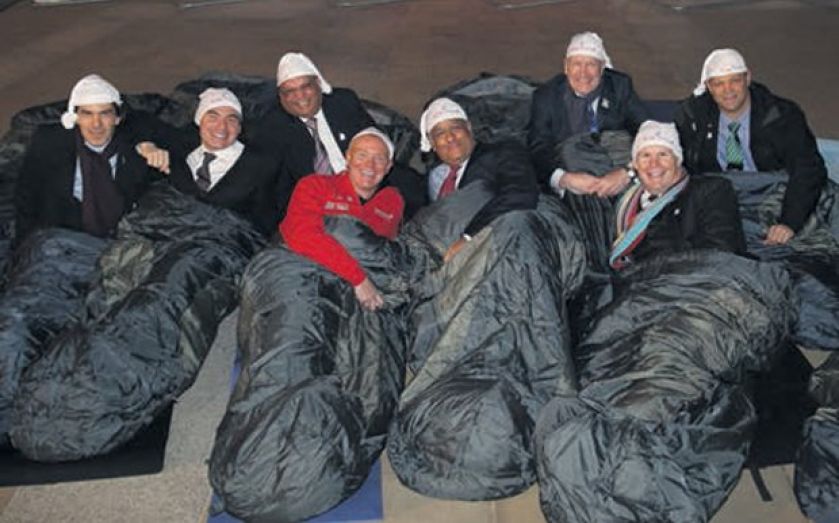 CITY workers passing through Paternoster Square last night were met with the curious sight of camping equipment being prepared inside a steel fence.

Not the return of the Occupy camp, but the inaugural CEO Sleepout, where 13 executives agreed to spend the night to raise money for Action for Children.

The intrepid bosses were offered  a sleeping bag, a ground mat, a brolly and a red onesie to protect them from the drizzly night.

Michael Tobin, Telecity head and founder of the event, said he was inspired by his time living with his family in a Stockwell squat, having fled South Africa during apartheid.

Premier Decorations boss John Athwal said he ran away from home when he was 19. “When I look back now it was a terrible thing to do to my parents, but I really wanted to make my way in the world. I could easily have been sleeping rough… It’s terribly important to get a safety net out for these children.”