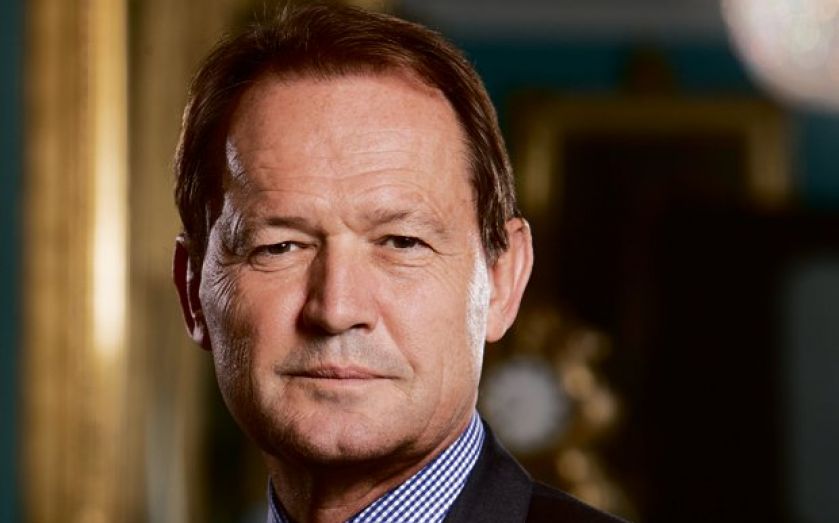 THE  HEAD of one of Britain’s leading business groups called for a flat tax yesterday, suggesting that it would benefit families whose marginal tax rates have been hiked by the loss of child benefit.

Speaking on Sky News’ Murnaghan show, Simon Walker, head of the Institute of Directors (IoD), said a flat tax would boost incentives to work and investment. “I would like to see that there is a level above which the tax take should never rise, so you should never pay more than 50p on the pound you bring in. If you are doing that you are doing something that is wrong and that degrades the motivation to work.”

The debate on tax rates was sparked by Chancellor George Osborne scrapping child benefit for households where one earner has a salary of £60,000 or more.

In homes with one person earning between £50,000 and £60,000 the benefit is decreased, proportionate to the salary size. The married family tax cut will also increase marginal tax rates on many people earning just below £10,000 a year and on those earning just under the level at which the 40p tax rate kicks in.

Walker criticised the trend towards increased complexity and higher marginal tax and withdrawal rates: “This is a huge disincentive: some people can be paying 70 per cent, 75 per cent.

“I am all for a flat simple tax system – it has been shown to raise a lot more money”, he said, referring to the countries that have introduced proportional tax codes.

“The top one per cent of taxpayers pay a very large share of all the tax in this country. Flat, simple taxes are the way to do it,” he added.

According to the Institute for Fiscal Studies (IFS), there are around 820,000 households in which one adult has an income of over £60,000, which now cannot claim child benefit. It found that a family in which the highest earner makes  £50,000 to £60,000 with three children could now face a marginal income tax rate as high as 65 per cent.

This is calculated by treating the deducted child benefit as a tax. Child benefit is worth £20.30 per week for the first child and £13.40 per week for each subsequent sibling, so affected families have lost an average of about £1,300 per year.

Ironically, Osborne used to want to simplify the UK tax regime and move towards a single rate tax code above the personal allowance. Speaking as shadow chancellor, in 2005, he said: “I’m fully conscious we may not be able to introduce a pure flat tax, but we may be able to move towards simpler and flatter taxes.” Flat taxes in countries that have adopted the system tend to range between 15 and 30 per cent above a generous personal allowance.