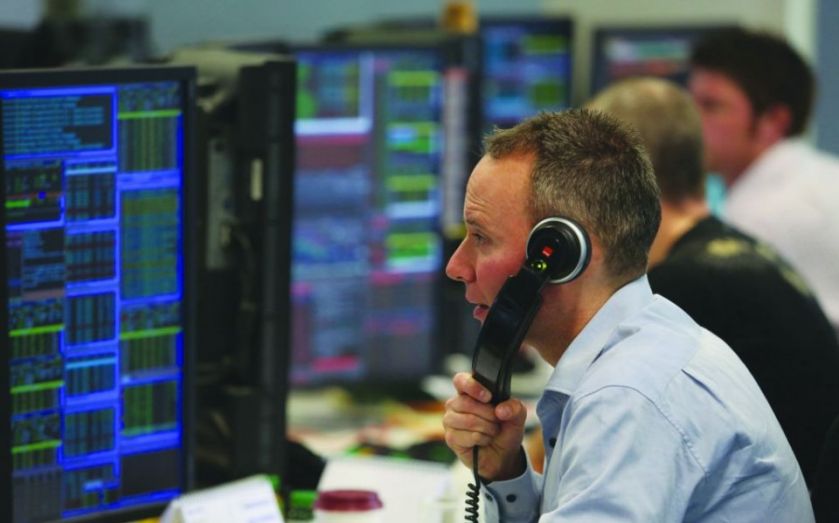 European traders faced extraordinary levels of volatility yesterday, just a day after European Central Bank (ECB) chief Mario Draghi’s warning that markets should “get used to it”. The volatility of the German bund, an interest-paying IOU from the German government, was the biggest surprise, given that it is one of the more stable bonds. The interest on a 30-year German bund soared to a 2015 high of 1.6 per cent yesterday, before falling to 1.43 per cent. The jolts came after weeks of steep gains. Big swings were also seen in the government bonds of other major Eurozone economies such as France, Spain and Italy. “Mario Draghi said it all when he said to expect more volatility,” David Owen, chief European financial economist at investment bank Jefferies, told City A.M. “For a lot of players it hasn’t been a very comfortable ride for the last few weeks.” On Wednesday, Draghi warned that markets would have to get used to volatility as the ECB would look through it. Owen points out that the UK saw similar levels of government bond chaos when it was beginning to undertake its quantitative easing programme – where the central bank prints new money to buy government debt. The euro area kicked off its own quantitative easing programme in March, with each country’s central bank undertaking purchases of its own government’s debt. In recent weeks, the German central bank has bought debt with a lower maturity (time until the debt has to be repaid), while its government has issued more debt with a longer maturity. These sorts of imbalances add to swings in interest rates. Bond market experts believe the volatility will continue, fuelled by further imbalances between supply and demand and by volatility itself. However, they do not expect a sustained sell-off, where interest rates begin trending upwards from near-record lows. According to many analysts, the recent volatility has not been accompanied by any notable increase in market expectations of inflation, or any material change in the growth outlook for the European economy.