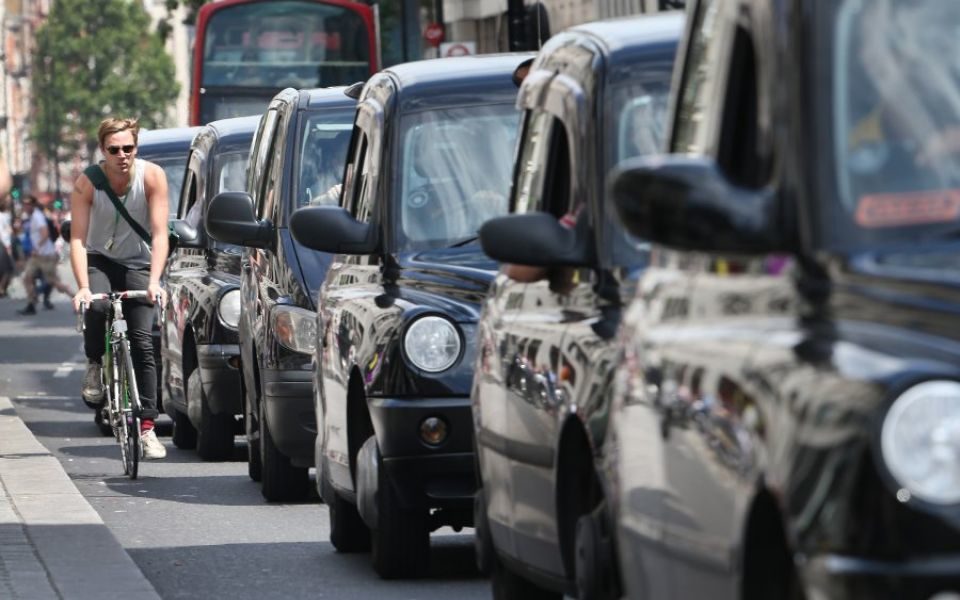 A raft of black cabs have blocked London Bridge for the second evening running in protest against proposals to impose air quality restrictions around Tooley Street.

London licenced taxis are protesting against the Ultra Low Emissions Vehicle (ULEV) measures, which they claim will restrict trade and harm their business.

The City of London Corporation and City Hall have opened a consultation on the plans, which will restrict vehicles that are not ULEV complaint from entering Moor Lane, Moorgate, Tooley Street and London Bridge.

Many thanks to everyone who kindly took a leaflet from Andy PR last night before and during the demo, on the rank by City Point, and of course on London Bridge. Good to meet and talk with so many and of course your support as always is very much appreciated. pic.twitter.com/OXeJckn10z

“A consultation is currently underway on changes to Tooley Street to improve conditions for people walking and cycling, or travelling by public transport," he said. "The best way for people to let us know what they think about these proposals is to respond to the consultation, so this type of protest is unnecessary. All feedback on our proposals will be thoroughly assessed and taken into account.”